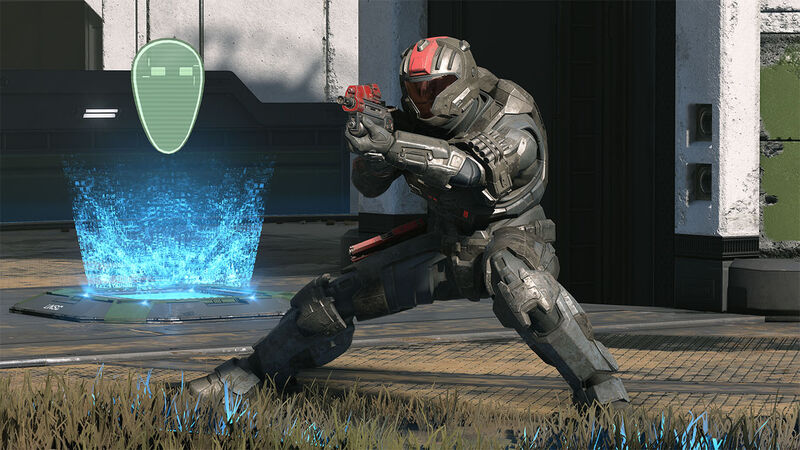 3.7
A Halo Infinite live stream was interrupted by a strange teaser, with many thinking it hints at the game's heavily rumored battle royale mode. Halo Infinite is about to enter its second season of content after a bit of a drought. Although Halo Infinite launched with a great campaign and amazing gameplay, many have ragged on the game's live service elements. From how its challenge system is structured, the release of content, and more, it hasn't been perfect. Many believe the game has failed to retain the legs necessary to compete with other big online shooters like Call of Duty and Fortnite, but 343 Industries may be teasing its solution.

Following rumors of a Halo Infinite battle royale, a new teaser randomly played amidst a 343 live stream regarding the new season. Two voices can be heard panicking about a missing core as a damaged screen relays information about a data transfer completing. At the end, a logo for a company called "Lux Voluspa" can be seen advertising something related to artificial intelligence. Some have speculated that this is related to the rumored battle royale, but it could also be related to the equally rumored story DLC. It's really hard to pinpoint what it could be teasing, but both seem like valid interpretations until we see more. Given the Halo series' history with ARGs, this could be leading toward a grander mystery, but we'll just have to see.


As of right now, 343 is still trying to make up for some of its shortcomings. It was recently confirmed that Halo Infinite's co-op campaign will be coming this August, roughly 9 months after the game released. Co-op has been a core staple to the franchise since its inception, so its exclusion really rubbed some fans the wrong way. Only time will tell if co-op has been properly adapted to account for Halo Infinite's semi-open world level design.

They made an ass out of the stream by doing this