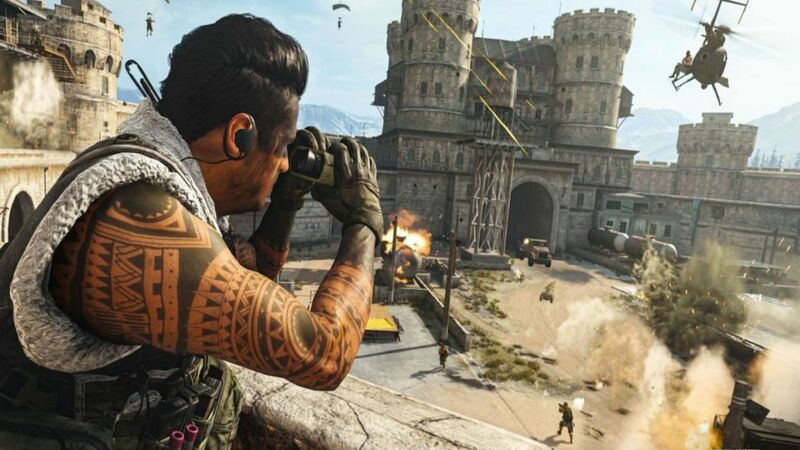 4.3
Cheats are, as Call of Duty: Warzone players are intimately aware, widespread in the battle royale game. Cheat services are so advanced that they're able to sidestep Activision's anti-cheat efforts, and so profitable that even after being banned cheaters can jump back into Call of Duty: Warzone with relative ease. But as cheats become increasingly sophisticated, Call of Duty: Warzone cheaters are also being asked to give up more and more control of their PCs. It's perhaps no surprise that there are new allegations that cheat makers are robbing their customers.

Leaked messages from Call of Duty: Warzone cheat provider Cobalt Solutions' Discord reveal that some customers believe the company is robbing them. Specifically, the allegations are that Cobalt's cheats are stealing Bitcoin. Further, Cobalt is accused of using customers' PCs to mine Bitcoin. The Discord message warns users to avoid Cobalt's cheat installations and says that they've had $900 stolen from them in a single day.

The evidence included in the screenshots is admittedly thin. One image shows a Discord conversation between two anonymous people claiming to be investigating how the cheats are using their PCs to mine Bitcoin, claiming that the cheat makers were creating dummy folders under "Nvidia" and "AMD" to hide mining software. The second image shows an antivirus app flagging what appears to be Cobalt's cheat software for employing coin mining software.

A Warzone cheat provider is being accused of stealing Bitcoin (BTC) from their users and mining BTC on their PCs without their consent.


In response to the accusations, the cheat makers issued a statement denying everything, saying, "If anyone is able to CONCRETELY prove that Cobalt is a rat [...] I will personally shut down Cobalt and provide $20k to the person who proved it." RAT, in this case, refers to remote-access trojans. If Cobalt was a RAT, it could remotely access a cheat customer's PC and steal Bitcoin or install mining software without the customer knowing.

The veracity of the accusations is likely impossible to ascertain given the nature of these Call of Duty: Warzone cheats. Cheat makers aren't exactly morally sound in the first place. Then there's the added factor of being a highly competitive and lucrative cheat marketplace, which would reward one service for the downfall of another. Then there's also that Activision itself would gain much from creating an environment of distrust surrounding these cheats.

Any Call of Duty: Warzone cheat is certainly capable of including coin miners or a RAT. Also, customers who use cheats are clearly open to installing software with dubious security in the first place. It's a mess of a situation from beginning to end, but some Call of Duty: Warzone players are already calling the situation karmic.

I seriously hope it turns out not true, that is just fooked up