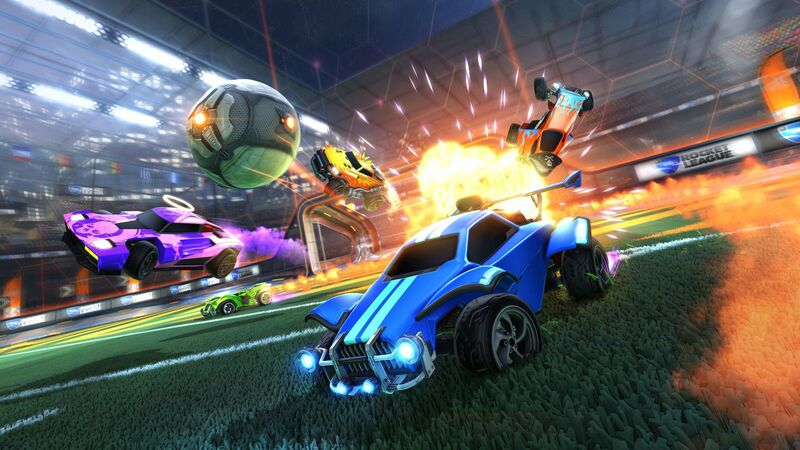 3.7
2K Games is reportedly working on a Rocket League competitor called Gravity Goal. According to Exputer, the game will have formats similar to Rocket League with 1v1, 2v2, and 3v3, but what makes Gravity Goal stand out from Rocket League is that it draws a lot of inspiration from the Tron movies. Instead of driving a car, you'll be driving a Tron-like bike, and players can throw a "disc" to damage other players.

The report explains how the discs resemble "hockey pucks with bright LED lights."When a player is hit by one of the discs, it'll either slow down or stop the opponent. How much damage the player inflicts on the team will directly affect how fast your bike is going.

Gravity Goal was reportedly in closed alpha last year, so if the reports are accurate, a release date could be around the corner.

It's expected to come out on PC, Xbox Series X|S, and Playstation 5.

This alleged game's news seemingly aligns with 2K Games' parent company Take-Two's goal of releasing 26 free-to-play games. From the looks of it, Gravity Goal might be one of them.

It's not gonna be as good as Rocket League though

Do they know they'll prob need to support the game for more than just a year?