Destiny 2 Could Hide a Teaser for Bungie's Next Game 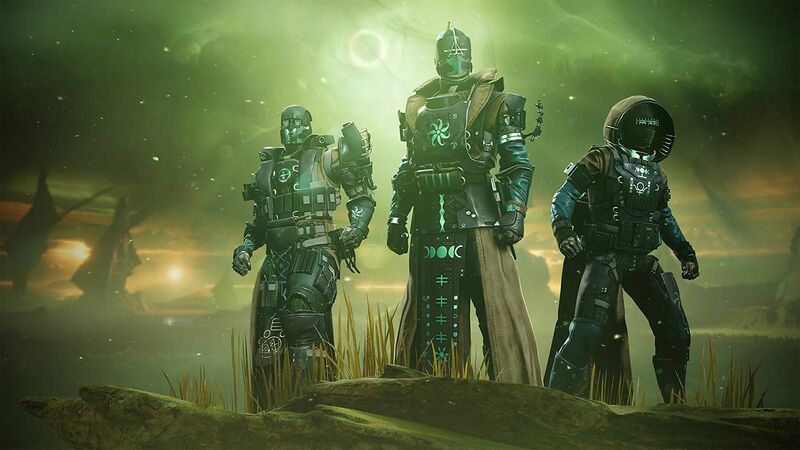 4
Bungie has a history of teasing upcoming projects in its current games, and it seems that could be the case for Destiny 2, as well. Christopher Barrett is currently working on an unannounced project for the company, and the director recently had some fun teasing that there could be an Easter egg in Bungie's current game. Barrett responded to a Tweet from The Game Awards asking about favorite Easter eggs in games with an image from Halo 3: ODST. When a fan asked if Destiny had a similar Easter egg, Barrett simply replied "Yes." Then, in a follow-up, he said "Maybe" alongside an emoji of the moon.

The initial Tweet from Barrett can be found embedded below.


Naturally, Barrett's Tweet has already led to heavy speculation from Destiny fans! Gamers are always looking for new mysteries to uncover, and it doesn't take much to get them searching; Barrett clearly knew what he was doing! In particular, the presence of the moon emoji has fans looking to see if there's anything hidden on Destiny 2's Luna and Europa moons, to see if anything sticks out. Fans will have to speculate until Bungie makes some kind of announcement, but that clearly isn't stopping anyone, right now. Hopefully the company won't keep everyone in suspense for too long!

Bungie was acquired by Sony earlier this year, though the former company's projects will remain multi-platform. Given that, fans can likely expect to see Barrett's project appear on PlayStation as well as Xbox consoles. Bungie was apparently purchased in order to help Sony develop more in-house online multiplayer projects, as opposed to giving PlayStation exclusive access to its games.

Loving the hidden teasers in games