Halo Infinite had ‘hero-based’ multiplayer at one point, it’s claimed 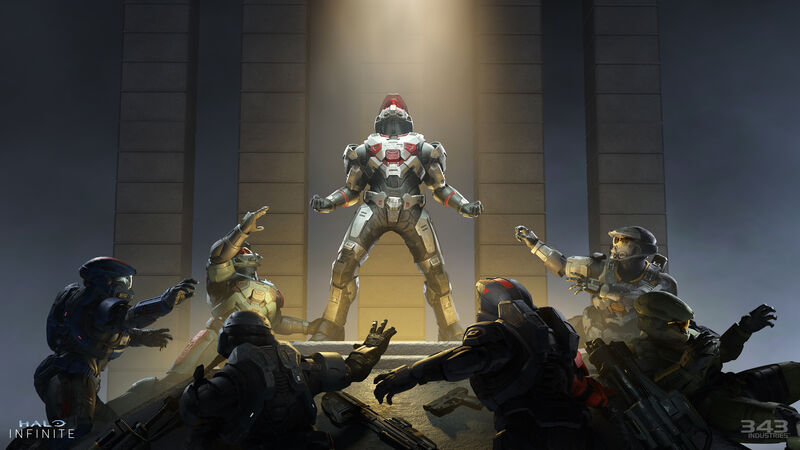 3
Halo Infinite's multiplayer reportedly started out as a hero shooter.

The multiplayer aspect of Halo Infinite follows much the same formula as its predecessors, but according to multiple sources, this wasn't originally going to be the case. The hugely popular shooter's multiplayer seemingly once had much more in common with Overwatch before development was switched to the current style.

Youtuber Chris Ray Gun recently suggested on Twitter that developer 343 Industries spent a lot of the game's budget on an "Overwatch clone" that it was forced to abandon after "realizing it wasn't working". The team apparently spent the last two years making the multiplayer version of Halo Infinite that launched with the game.

It would be crazy if it came out one day that a lot of the budget went to an Overwatch clone that they spent half of the dev time making before realizing it wasn't working and were forced to make this version of Infinite in the last two years of development.


Chris Ray Gun isn't the only one claiming that Halo Infinite's multiplayer was once as a hero shooter and that development of the final version was rushed. Fellow YouTuber Arrrash tweeted, "I've heard some weird things behind the scenes that make this seem possible, but regardless of it is true or not, it's very obvious Infinite was a scramble and hack job to get it out the door."

Twitter user cheato echoed the previous claims saying that they heard from a developer friend that Tim Longo, former creative director at 343 Industries, was "pushing for a hero shooter". There's also an alleged screenshot of Halo Infinite from 2019, which shows a grapple hook.


Bloomberg reporter Jason Schreier took to Reddit to confirm that 343 did work on "various hero-based prototypes". He claims that both PVP and PVE prototypes were built in the Overwatch style. But Schreier disagrees with the timeline of events, saying that the rumour that 343 made a late switch to the current multiplayer version is "exaggerated to the point where it's mostly false".

Halo Infinite was initially delayed by nearly a year because 343 wasn't "proud" of it, and the game has struggled to meet players' expectations since its launch. The developer recently acknowledged fans' frustration saying, "we understand the community is simply out of patience." Halo Infinite's co-op campaign mode, originally due to launch in May, has now been delayed until late August.

I'm sure they did at one point