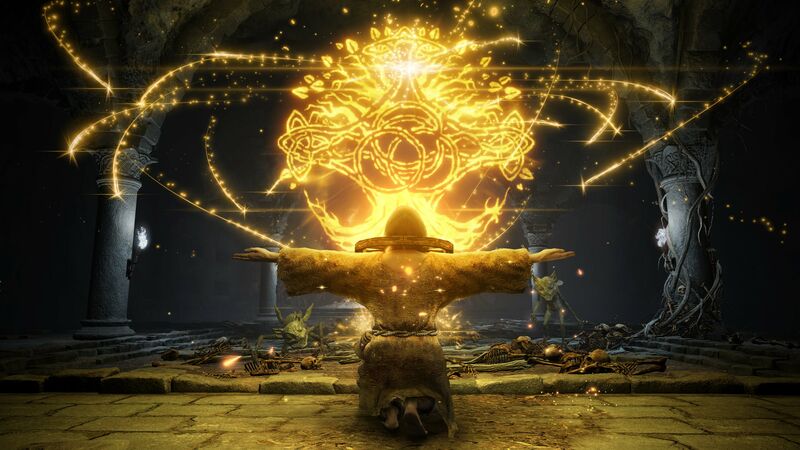 4.3
Rumors have suggested that PlayStation is looking to acquire From Software in the past few weeks, and PlayStation has finally given a statement regarding the same.

Shawne Benson, the Director, Global Head of Third Party Portfolio at PlayStation had posted a tweet a few days ago which sparked fresh speculations around the From Software acquisition. She posted a picture with a figurine of Malenia, a boss from Elden Ring, stating that it’s her new work bestie. This made many people believe that she is possibly hinting toward a From Software acquisition, considering that it was quite odd for a third-party game to get that much attention from PlayStation. However, that doesn’t seem to be the case.

In her subsequent tweets, Shawne clarifies that the tweet was nothing but just her love for the game. The only reason for posting the picture was that it was her first day back in the office and she saw that figurine near her coworker’s desk. She reiterates that she is only responsible for third-party content acquisitions and not studios. The studio acquisition part is handled by a completely different team altogether.

To put this to bed…I’m just a huge fan of the game. It was my first day back in the office and I saw the statue near my coworker’s desk. Nothing more! As a reminder, my remit is on third party CONTENT acquisitions. Not studios. That’s a totally different team! 👍


This would have disappointed PlayStation fans to quite an extent since many thought that the post pretty much gave away the From Software acquisition. That being said, there are still a few things to note. Firstly, Shawne denying the speculation doesn’t really mean that Sony cannot acquire From Software, as that is still very much possible since it is the responsibility of a different team. On top of that, such a big announcement will never be leaked in this way, especially by an employee of PlayStation itself. So even if PlayStation is about to acquire From Software, the post doesn’t make that big of a difference as it is in all likelihood pretty independent.

Time wll tell. It's just the matter of months to get more info on this