Elden Ring VR is a terrifying and immersive first-person adventure 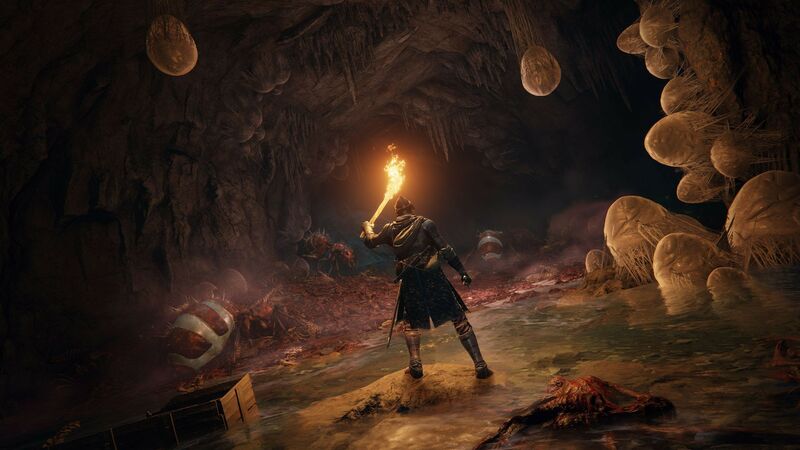 4
An Elden Ring VR mod is coming, and it looks remarkably fluid in motion.

As PC Gamer first reported, modder Luke Ross is in the process of turning Elden Ring into a VR-enabled adventure. He recently released a short clip showing the mod in action during the earliest stages of the game, and for such a dramatic shift in perspective, it seems to work pretty well.

The mod demo opens with our intrepid Tarnished – seemingly a Warrior based on the scimitar swinging at their side – poking around the very beginning of the game, and the difference in the field-of-view is striking. With a closer, lower camera propelled by the freedom of VR, you can examine environments up close, peek your head out of doors and over ledges, and view the UI physically overlaid in-game. Walking animations seem pretty stable, too, which is a common pain point in VR.

Ross told PC Gamer that while he's building around a first-person view, he's planning to leave the default camera distance "as an option for purists," probably with a closer third-person camera as a middle ground. But he says "the first-person camera is where it's at."

"When rolling or performing other scripted animations like the combat moves, the camera follows the character's head (so its position changes) but it remains oriented correctly according to what your head is doing in real life," he says of fighting in the new perspective. "So the horizon will stay level and the world will always look stable."

In other words, doing lion claw flips or just dodge-rolling around in VR won't turn the world into a nausea-inducing spiral. That's good news for the VR-equipped looking to try this mod when it's released – hopefully by the end of the month if things go according to Ross's plans.

This is going to be one scary game in VR, can't wait to see like 1 hour gameplay or something

Rareparrot I hope it is cause the actual game flopped

Right, flopped... sure it did

I hope it is cause the actual game flopped