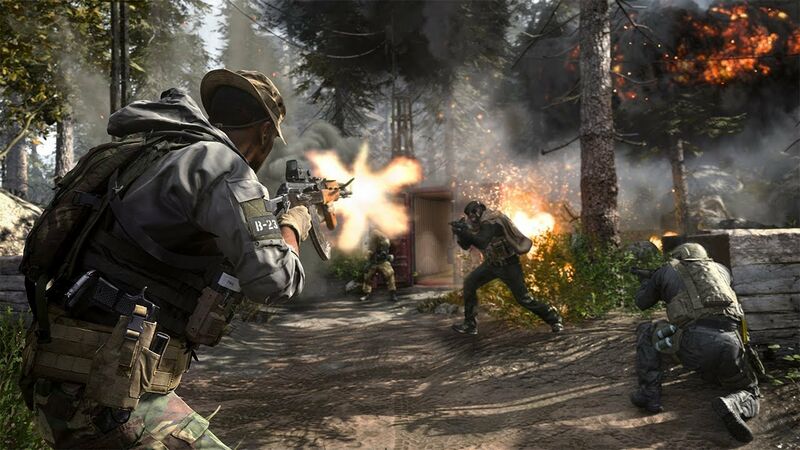 4
Call of Duty 2022 leaks have been plentiful in recent months, and they will likely continue to appear until the game launches. The latest rumor should prove to be particularly exciting for longtime Call of Duty fans, especially those with a fondness for 2009’s Modern Warfare 2.

The latest leak supports previous rumors claiming that the original Modern Warfare 2 will be heavily influential on this year’s Call of Duty game. Supposedly, content from the unreleased Modern Warfare 2 Remastered multiplayer will be used in Call of Duty 2022 instead, giving nostalgic gamers an arsenal and map lineup that is full of classics alongside new additions. Two of the weapons from 2009’s Call of Duty: Modern Warfare 2 that will apparently be returning have been revealed by @TheGhostOfHope.

In the past, @TheGhostOfHope has leaked accurate information about Call of Duty: Vanguard and other titles, so their comments deserve attention. While all leaks should obviously be taken with a grain of salt, fans of the ACR have good reason to be excited. While nearly every gun in Modern Warfare 2 multiplayer was overpowered, the ACR still managed to stand out, as it dealt good damage while having no recoil whatsoever. In Call of Duty 2022, players could be using the ACR to work toward a nuke once again.

The Intervention and ACR are both in MWII.


The ACR will not be alone, though, as @TheGhostOfHope also teased that the Intervention will feature in the new Call of Duty: Modern Warfare 2. The most iconic Sniper Rifle in the series’ storied history, this gun’s appearance and sound helped make it instantly recognizable. The best quickscoping weapon of all time, the Intervention has been used for dozens of montages and memes over the years, and fans will surely be excited to have this gun back in their hands.

While these weapons returning is exciting, it is important to keep in mind that they will likely be less broken in Call of Duty 2022. While the original Modern Warfare 2 was absolutely a fun game, it was also the least balanced Call of Duty title ever. While part of that was tied to perks like One Man Army and Commando Pro, weapons were also problematic. With the competitive scene and the Call of Duty League being so important nowadays, a balanced game is essential. As such, while the Intervention and ACR may have the same look and feel, the former will likely deal less damage and the latter could have a lot more recoil.

With the first teaser and reveal for Call of Duty 2022 rumored to happen near the start of May, fans might get a look at these weapons soon. For now, though, this leak is a good reason for old school Call of Duty players to be optimistic about the next Modern Warfare game.

Call of Duty 2022 is currently in development.

Bruing it on wit the ACR!! Oh hell yeah!!

Boruto Feel like these two icons should've been added forever ago, at least to Warzone. ACR remains my favorite gun in any CoD to date. Excited for this!

Feel like these two icons should've been added forever ago, at least to Warzone. ACR remains my favorite gun in any CoD to date. Excited for this!