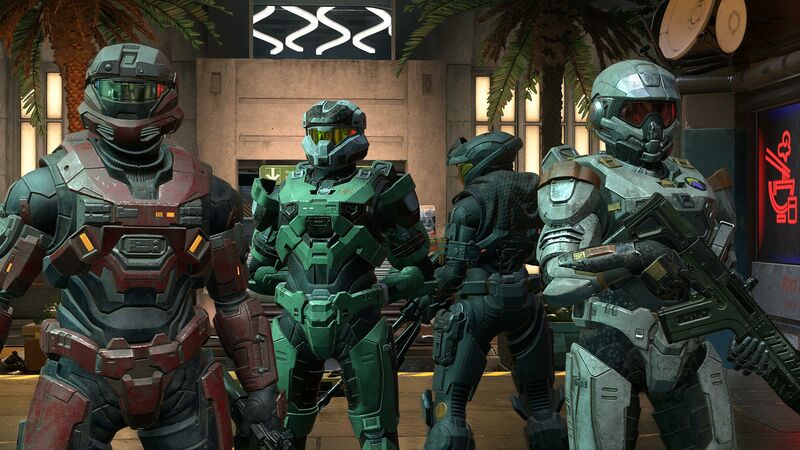 3
Halo Infinite players have devised a method of figuring out what your hidden matchmaking rating is, and in doing so, may have discovered an issue with how the newest Halo game puts players together in matches. That potential issue deals with how MMR apparently doesn't differ much between different game mods players which could result in lopsided matches if a player does well in one area of Infinite and tries another after inflating their MMR. Halo Infinite developer 343 Industries has not responded to the assessments made by the players who've discovered this MMR lookup method.

Those players posted their findings over on the Halo subreddit and shared not only their methods but also their feedback for the way Infinite's MMR is implemented. The short of it is that a team's average MMR is sent back and forth as behind-the-scenes data which means most players will never see it, but Redditor donutmonkeyman and their fellow Halo sleuths have. You won't find your individual MMR listed in a team game, but since free-for-all matches technically consider each player a one-person team, you can figure out your individual MMR after a match.

At face value, that'll tell you how good you are at the game, or at least how good the game thinks you are. The higher the MMR, the more competitive your matches will be since you'll be matched with people of similarly lofty MMR levels.

That's a neat fact to know for bragging rights, but once the group started experimenting with different playlists and modes, they discovered a potential issue. One player in the group with a high MMR of 2,230 focused mainly on Big Team Battle but wanted to try the ranked playlist instead at one point. While that was a new playlist compared to where their MMR had been accumulated, the player was still put in "some of the highest skill lobbies" and "had a horrible experience." The group said the player was put on the higher end of their team's average MMR and was expected by the matchmaking system to help carry the teammates despite not having experienced that ranked environment before.

"Sharing an MMR across two extremely different styles of gameplay seems like a very bad decision that will lead to unfair games for all involved, and lead to people being turned off from the game as a whole," the Redditor concluded in their post. "The design of MMR is not at fault in our opinion, but rather how it's implemented to matchmake lobbies. Players playing ranked lobbies should be put against players that perform similarly in that experience, not against players that play almost exclusively big team battle and inflate their MMRs in that specific experience."

It's because not enough people are playing it