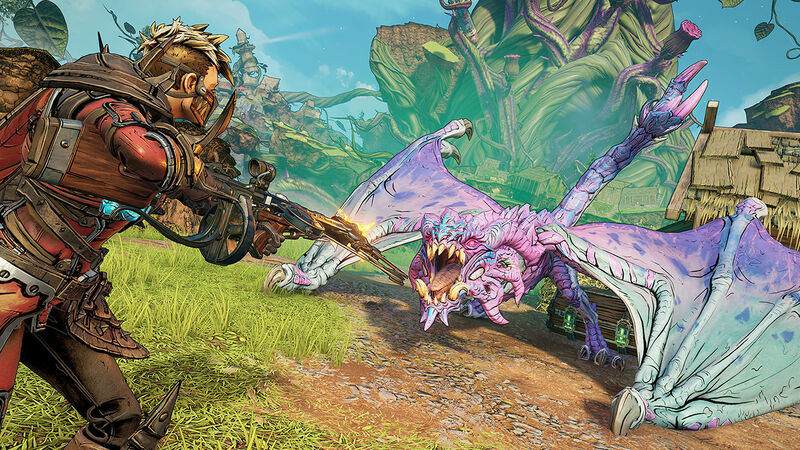 4
Since its launch a month ago, Tiny Tina’s Wonderlands has proven to be a hit among fans and is a continued success for developer Gearbox Software. Tiny Tina’s Wonderlands is receiving a hefty patch to coincide with the new DLC release, and it should be a popular one among fans. Today’s patch brings a few quality-of-life improvements and class adjustments that the community has been waiting for.

In the month since launch, Gearbox has swiftly delivered patches featuring various balance changes to Wonderlands. The studio has been taking in community feedback to help guide where development goes in the post-launch window. In a time when many studios have been drip-feeding content to fans, Gearbox already has a DLC released only a month since their big title hit store shelves. Tiny Tina’s Wonderlands’ first DLC is titled “Coiled Captors” and has been controversial as players believe that adding one dungeon and a single boss is inadequate for an expansion pack. As fans prepare to take on a new dungeon, they can expect to see a few significant changes to their classes.

Today’s patch for Tiny Tina’s Wonderlands is the biggest one so far. One of the most significant changes coming to the looter shooter is for Lucky Dice, which are now tracked per profile instead of per character. Whenever these Loot Luck-boosting dice are collected, all characters on a player’s account will receive that boost instead of just the one character. Additionally, a few changes to select classes have been made with patch 1.0.2.0. The Fatemaker class can now rename their pet and character at Quick Change Stations and have been given more targets earlier in Chaos Chambers. The Brr-Zerker’s Dreadwind damage has been granted a damage boost, and the Clawbringer’s Cleansing Flame and Storm Smite abilities have received significant damage buffs as well. Chaos Tiers have also been bumped up to level 35.

Downloadable update 1.0.2.0 for Tiny Tina’s Wonderlands will be live on all platforms by 9:30 AM PT. This includes support for Coiled Captors, an increase in Chaos Tiers to level 35, and more.

Fans have been having a great time with Tiny Tina’s Wonderlands, and today’s update will likely be a welcome one. Some gamers have been clamoring for more buffs to the Clawbringer class as it felt weak to some players. Patch 1.0.2.0 appears to alleviate some concerns regarding class balancing and fixes the game’s stability, which is always good to see. Tiny Tina’s Wonderlands still has a long road; fans concerned over a weaker first DLC should only look to the quantity of Borderlands DLC throughout the years to stay hopeful about better future expansions.

There will be much more DLC's where that came from :P