Halo Infinite players figure out how to see personal MMR 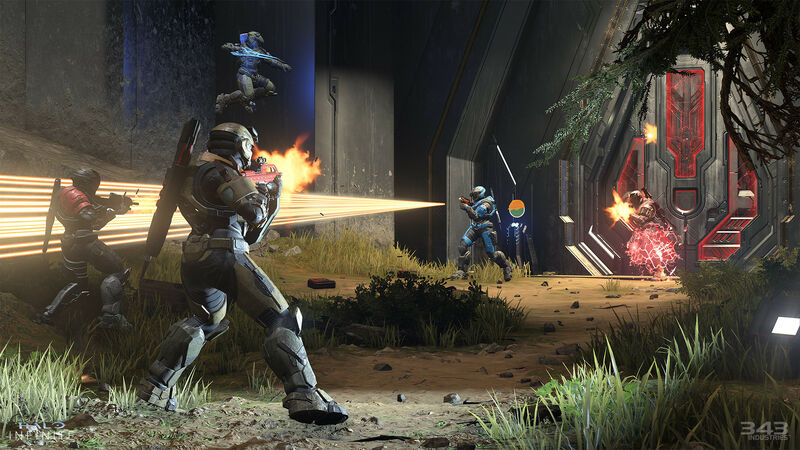 3.3
MMR—matchmaking rating—is essentially a measure of skill used to ensure fair matchups in multiplayer games: Putting together players with similar MMR helps avoid the vicious beatdowns that can occur as a result of randomized matchups through server browsers. It's not something that games typically display to players—actual MMR ratings are often invisible data points that exist behind the scenes—but a group of Halo fans recently figured out how to track individual player MMR in Halo Infinite, and discovered how playing the game in casual modes can actually wreak havoc on your ranked experience.

The post explaining the process on Reddit says that while team-based data on performance and average MMR is provided by 343's servers, individual MMR data isn't included. Free-for-all games, however, essentially count each individual player as being on their own team, so the data the team MMR data servers spit out can be linked to an individual player in an FFA game.

"This means that with the way the data flows from Halo Infinite now, each time you play an FFA game, you can see what your MMR is as of the moment you complete that game," redditor donutmonkeyman wrote. "Right now this is the only way we know how to find this value, as we don't think it's something 343 wants folks to get a hold of."

It's all quite arcane, and knowing your exact MMR isn't especially useful when the game already gives you a rank between Bronze and Onyx, but its potential value as an analysis tool is where the discovery gets really interesting. The post notes that some players on the Halo subreddit have complained that doing well in bot-based playlists is artificially inflating their MMR, forcing them to be thrown into high-skill lobbies in ranked play that they are not at all prepared for. The opposite can also happen, apparently: Players can keep their MMR from getting too high by throwing matches in non-ranked playlists, ensuring an easier ride in ranked.

Being able to see individual MMR enabled the group to confirm that this is actually happening: One of their friends is a regular Big Team Battle player who had a "horrible experience" when he tried ranked play, and after looking at his data they determined that it was because his MMR was so high, even though he wasn't a big ranked player.

"Not only was he getting some of the highest skill lobbies as someone that wasn't as familiar with these maps or gametypes, he was also expected by the TrueSkill system to 'backpack' teammates with lower MMRs," donutmonkeyman explained. "If an average team MMR for him was 1600, he was on the high end of that, and the game expected him to perform extremely well. It also believed the game to be a balanced match even though in reality this player had very little experience with the ranked playlist and how best to perform."

Over a few weeks of ass-kickings,his MMR began to drop, from 2230 to around 1550, resulting in better matches: He was getting better in ranked play, but he also wasn't being matched up against pro-tier players. But, as they noted, if he goes back to Big Team Battle for any length of time, his MMR will climb again and he'll be right back where he started.

"This feels like a core component of the game that needs a serious design consideration, otherwise we're worried that the competitive integrity of ranked playlists will be compromised, and casual players interested in trying ranked will be turned away from the experience very quickly," donutmonkeyman wrote. "The current system, in our view, does not support the notion of players getting enjoyable matches in ranked and Big Team Battle if they're interested in playing both."

The analysis is imperfect, because the MMR data only comes from FFA games, and it's not clear how it relates to CSR—competitive skill rank—which is visible to players and only applies to ranked matches. Assuming these findings are accurate, it points toward a potential problem for 343 Industries if it's not addressed. And if you just want to see where you stand in relation to the rest of the player base, it's pretty handy for that, too.

That's very cool to know. Would like to see more of it