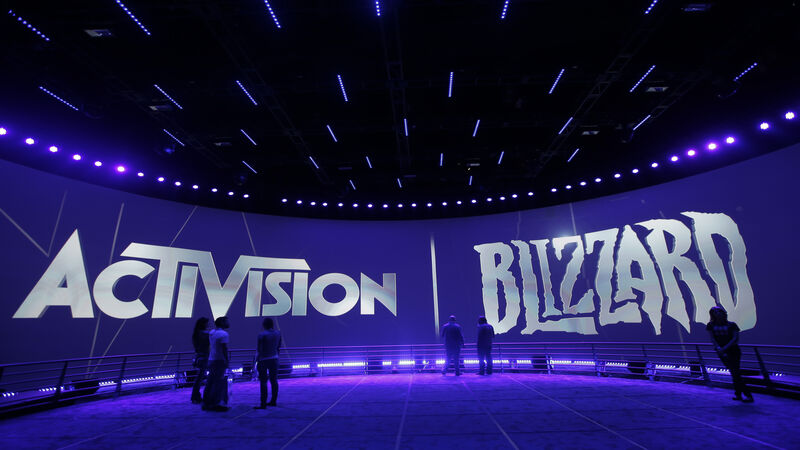 4.3
Earlier this year, Microsoft made huge waves in the video game industry when it announced its intent to purchase Activision Blizzard. The deal isn't set to go through until early next year, but there are a number of potential hurdles that must be cleared before the purchase can go through. Shareholders are set to vote on the proposed merger on April 28th, but SOC Investment Group is pushing for them to vote no. In a letter on the company's website, the group claims that the "transaction fails to properly value Activision and its future earnings potential," arguing that the company is currently undervalued.

Last year, allegations began to emerge regarding racism, sexism, and a "frat boy culture" at Activision Blizzard. While the company has made attempts to turn things around, SOC Investment Group argues that "Activision board's incompetent handling" of the crisis has depressed the share price. The group points to the average value of the company's shares in the first half of 2021, before those allegations started to emerge. That average was $94.37, with a high of $103.81. Microsoft's $68.7 billion offer would represent a price of $95 per share. While that would be a significant increase over its current value, SOC argues that "Activision shareholders would be better served by replacing the incumbent board with directors that would allow the company to assume its real potential."

The group also believes that a purchase by Microsoft, or any other group, would not be viable "given the shift in the climate of anti-trust enforcement, as well as evident sources of potential harms to competition stemming from the merger." Multiple U.S. senators have cited similar anti-trust concerns, though it's worth noting that Microsoft has stated its intent to keep the Call of Duty franchise available on PlayStation platforms, and even plans to pursue a Nintendo Switch version as well, which would be a major change for the series.

SOC Investment Group owns "substantial" shares in Activision Blizzard, so the group's opinion could hold some weight. For now, we'll have to keep an eye on how shareholders will vote later this month, and the latest on the FTC investigation.

Good for them pushing back on it