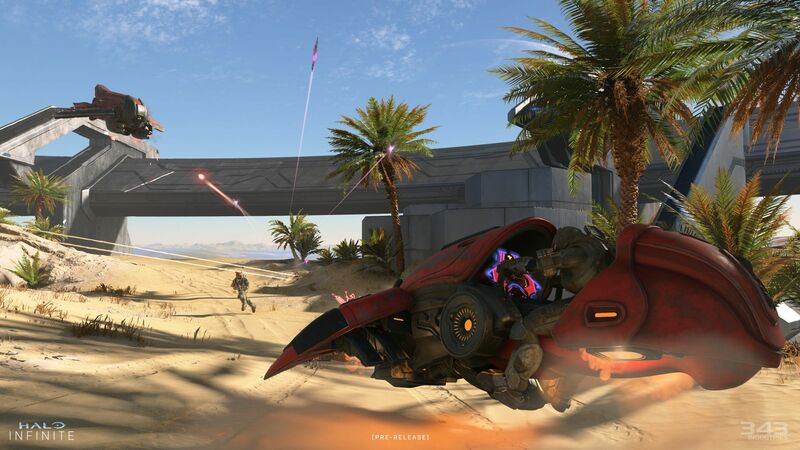 4
Despite 343 Industries claiming that the only BR it’s interested in is the Battle Rifle, a battle royale mode is seemingly coming to Halo Infinite. Codenamed “Tatanka”, the mode is being developed by Certain Affinity and will reportedly be more “newcomer friendly.” In the recent The Xbox Two podcast, Windows Central’s Jez Corden spoke a bit more about the mode, how it’s been in development for over two years and is essentially a “huge deal.”

Described as a “Call of Duty: Warzone undertaking” and essentially a “separate game,” the goal is to bring in “new players to the Halo franchise.” “This is gunning for the Fortnite audience, the Warzone audience, this is going to go a bit broader. And I have received the information that this is some form of battle royale with a shrinking arena. I don’t know if it’s going to be a team-based thing like Apex Legends or more of a solo thing…”

While exact details aren’t known (though “someone” told Corden that it’s pretty much battle royale), it’s believed to be targeting Season 3 or Season 4 with a possible reveal at the rumored showcase in June. He also noted that Certain Affinity has been brought in for the mode while 343 Industries works on the core experience “that Halo fans know and love.” “Don’t think this is something they’re going to go all in and just ignore the rest of the rest of the game. Because that’s not going to happen. Because obviously 343 is working on that and they’re hiring and they’re ramping up to support the live service better with more maps…”

Certain Affinity recently announced that it’s “deepening” its relationship with 343 Industries and “entrusted with further evolving” Halo Infinite in some “new and exciting ways.” What form the new mode ends up taking remains to be seen but it should be interesting to see where Halo goes next. Stay tuned for more details in the coming months.

So desperate to get players for a dead game