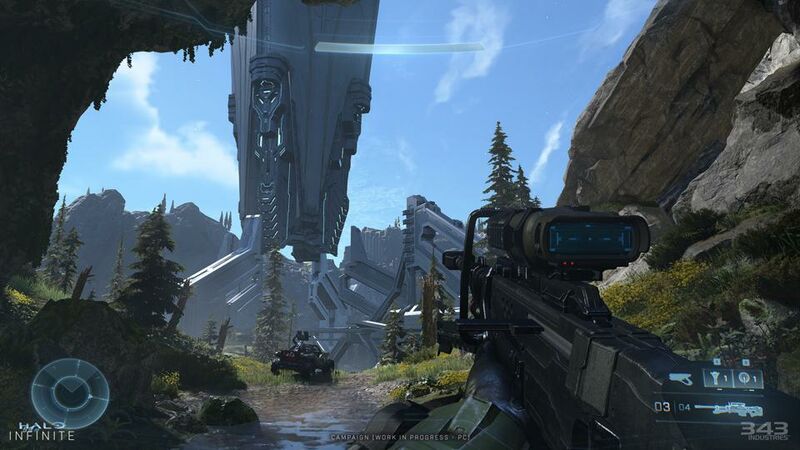 3.4
A new Halo Infinite leak has revealed some of the potential maps Forge players will be able to play with. Forge is one of the most beloved elements of the Halo franchise, despite not being introduced until Halo 3. The mode invites players to make whatever they want with tools in the game, whether it be sculptures or maps for custom game modes. Players can even find ways to entertain themselves in whacky ways without ever leaving Forge mode. Sadly, Halo Infinite launched without Forge mode. Both Forge and co-op campaign, series staples, were held back due to how big of a game it was. 343 could have delayed the game, but decided it would be better to release the modes later.

With Forge confirmed to arrive in Halo Infinite at a later date, many are wondering what exactly this mode will look like. Given Halo Infinite is the first entry on the Xbox Series X, 343 has a lot of new technology it can use to advance the creative mode. A new leak courtesy of InfiniteLeaks suggests we will be getting 11 different Forge maps, all of which appear to utilize unique biomes. One is in space, another is in the deep sea, and so on. It seems players will have a lot of variety for deciding where to set their maps, but it's also likely players will be able to build upon existing multiplayer maps as well. As of right now, 343 has not given a concrete release date for Forge mode, but many are expecting it to arrive by the end of 2022.


Forge mode has been one of the key features across Halo games that has kept players engaged years after release. Halo: Reach had DLC that kept the multiplayer of the game alive, but the immense creativity allowed by the game's Forge mode and custom games left a sizable impact on its player base and kept them returning. 343 has utilized Forge mode in all of its mainline Halo games thus far, but they haven't had as much of an impact as Bungie's entries.

Player count is dropping, and they are still eager to release maps etc