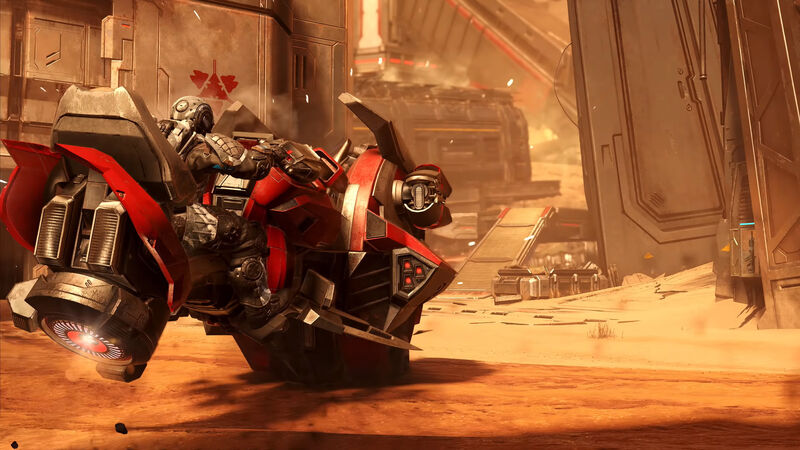 4.8
Halo Infinite developer 343 Industries is set to launch Season 2 of the video game on May 3rd, as previously announced, and ahead of its release, the developer has stated it intends to specifically showcase some of the new content coming to the popular video game. Two maps that were previously confirmed for Halo Infinite Season 2 are the new Arena map called Catalyst and the new Big Team Battle map called Breaker, and a new video from the developer offers the best look yet at what to expect from both.

"Catalyst is a symmetrical arena map nested high up inside of an expansive, tunnel-like Forerunner structure," said Tyler Ensrude, Halo Infinite Multiplayer Level Designer, as part of a Q&A shared by the developer alongside the new video. "You'll find waterfalls pouring down around suspended catwalks, overgrown cathedral walls, and a light bridge connecting the sides of the map together." You can check out the new video previewing Halo Infinite Season 2's Catalyst and Breaker maps embedded below:


"Breaker is a pseudo symmetric BTB map set in a Banished scrapyard where each team's base is a huge chunk of ship debris, divided by the plasma cutting beam structure in the middle," added Ensrude as part of the same Q&A. "And yes, that beam is absolutely a dynamic element of the map that presents both opportunities and challenges in gameplay."

343 Industries also states that all of the existing modes will be supported on both Catalyst and Breaker, but Catalyst was explicitly designed with Capture The Flag in mind as well as the new mode, Land Grab. Breaker also initially began as a Capture The Flag map with the intention being that the laser beam would "create high-tension flag moment," which it certainly looks like it will.

As noted above, Halo Infinite Season 2, "Lone Wolves," is set to launch on May 3rd. More information about the upcoming season is expected to be revealed ahead of the actual launch in regular intervals. More broadly, Halo Infinite is currently available for the Xbox Series X, Xbox Series S, Xbox One, and PC.

They can keep on throwing out maps, but the player count will keep on dropping