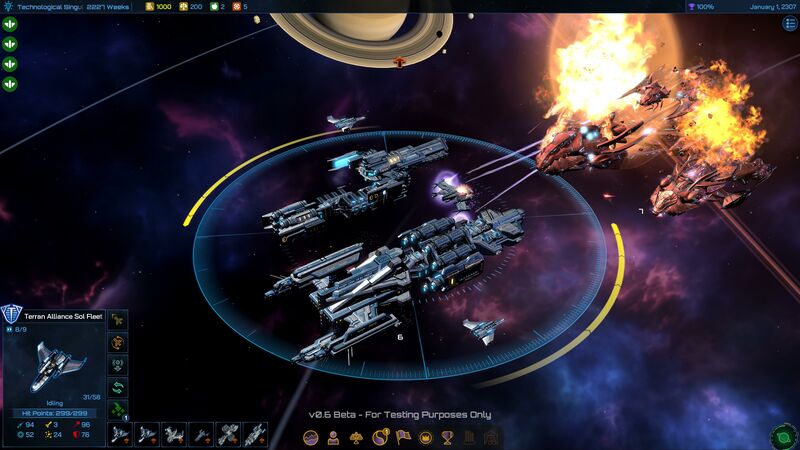 3.7
A year after unveiling the latest addition to its long-running 4X sci-fi strategy series, Stardock has announced that Galactic Civilizations 4 is set to leave early access on April 26.

GalCiv4 follows the same basic formula as its predecessors—lead a young spacefaring society into the void and establish an empire that stands the test of time—but will include a number of new or enhanced features: Multi-sector maps, for instance, promise "a true feeling of galactic conquest and exploration" by chaining together multiple maps with "subspace streams," while the Core Worlds concept is aimed at reducing micromanagement while maintaining the benefits of colonizing or conquering as many planets as possible.

Players will also have the ability to set and update policies and issue executive orders during gameplay, enabling shifts in priorities and production as the game unfolds, and can pursue new Galactic Achievements, aimed at keeping them invested even when the outcome is obvious.

"Historically, many players quit at this point and don’t bother finishing their game because they know they are going to win, but it’s hardly a satisfactory victory," Stardock wrote. "With this new feature, players can take on a challenge to earn 'prestige points' that will go toward a total necessary for them to win the game. This cuts down on the grind of late game and allows a story to come to a much more interesting conclusion."

"Galactic Civilizations 4 is the result of years of thinking about the exciting innovations that have been occurring in strategy games," Stardock CEO Brad Wardell said. "We want to give players the ultimate turn-based strategy experience, and we’ve accomplished this by adding in tons of new features that add to the depth and scope of the game while incorporating feedback over several alpha and beta testing phases."

If you don't want to wait for the full launch on April 26, you can snag Galactic Civilizations 4 in its current Early Access state on the Epic Games Store for $40. Find out more at galciv4.com.

I won't be getting it, looks terrible gameplay