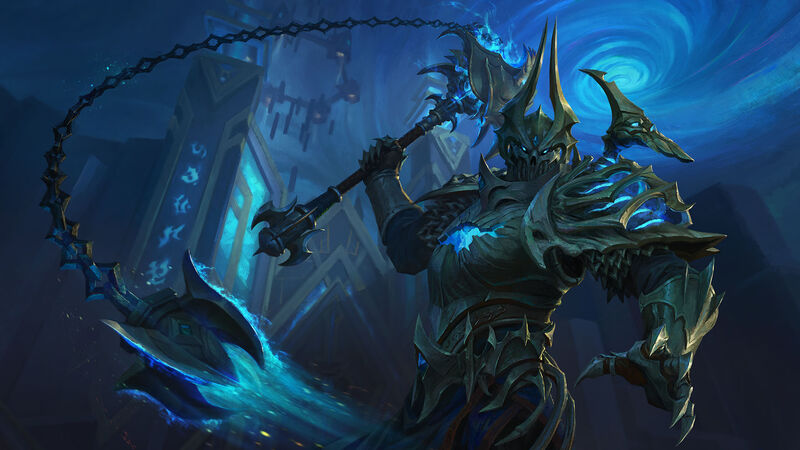 4.2
Blizzard has confirmed the WoW expansion announcement time, so we now know exactly when to tune in in order to see the reveal of the next big addition to World of Warcraft. The devs haven’t officially revealed much, but as previously confirmed, April 19 will serve as the date for all the initial details on the MMO‘s next expansion.

The WoW expansion announcement time is set for Tuesday, April 19 at 9am PDT / 12pm EDT / 5pm BST. You’ll be able to watch it on both YouTube and Twitch. As Blizzard says in the official announcement, “with the story in the Shadowlands coming to a conclusion, the time is at hand to get a sneak peek at what’s next for the heroes of Azeroth.”

While there are no official details on the expansion yet, the title – World of Warcraft: Dragonflight – appears to have leaked via a recent update to Blizzard’s own website. The update also noted Base, Heroic, and Epic pre-order options, so it’s a pretty safe bet that pre-orders will be available immediately following the reveal, meaning that a release date is likely, too.

Blizzard hasn’t given any hints about this broadcast featuring info for WoW Classic fans, but have been asking players for feedback regarding the price of a new Wrath of the Lich King release.

In July 2021, the state of California filed a lawsuit against Activision Blizzard alleging years of workplace discrimination and harassment. The story has since embroiled CEO Bobby Kotick and prompted the US federal government to open an investigation. It continues to unfold and to be of immense importance to the game industry. You can catch up on all the developments so far in this regularly updated explainer article.

Check out the Summer Game Fest schedule if you need to know all the big game announcement events set for the coming months.

It's really crazy to see this game still going strong after so long. best of luck for many years to come