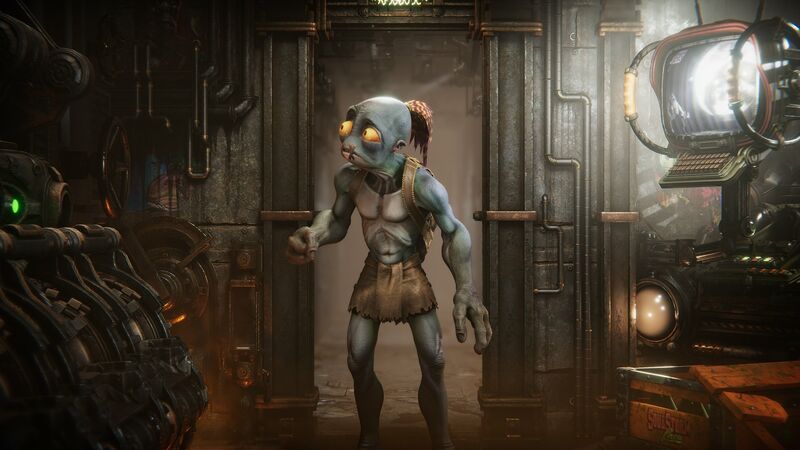 4
PlayStation Plus is essentially Sony’s answer to Xbox Game Pass. PS Plus offers subscribers two free games a month and can significantly help small and medium-sized studios who might not have the marketing budget to put their games out there. However, not every studio benefits from the arrangement, as Oddworld: Soulstorm exemplifies.

According to studio head Lorne Lanning, the agreement was evidently a disaster for developer Oddworld Inhabitants. He described the decision to bring Oddworld: Soulstorm to PS Plus as “devastating,” costing the studio a significant amount of money.

Lanning recently went on the Xbox Expansion Pass podcast. During the interview, he explained how the studio lost out on tens of millions of dollars due to the PS Plus deal. According to Lanning, Oddworld Inhabitants suffered from financial difficulties during Oddworld: Soulstorm’s development. The studio agreed to offer the game free for a month through PlayStation plus in exchange for an undisclosed sum. Oddworld Inhabitants negotiated the payment expecting Soulstorm to sell between 50,000 and 100,000 copies at launch. However, it ultimately moved more than 4 million units during the month it was free with PlayStation Plus.

The COVID-19 pandemic played a significant role in the problem. The outbreak forced developers to work from home, pushing the release of Oddworld: Soulstorm back to April 2021. While COVID delays were common during that time, it also meant that the PS5 had been on the market for three additional months. This resulted in the game having significantly more potential PS5 players than either Sony or Oddworld Inhabitants expected during their negotiations. As a result, Oddworld: Soulstorm saw more than 40 times more sales than the developer’s most optimistic estimate. That would usually be fantastic, but in this case, it meant the studio lost out on a staggering amount of money.

One could argue that this situation wasn’t really PS Plus’ fault. The developers greatly underestimated Soulstorm’s popularity, and no one at the time could have anticipated the impact of COVID-19. There’s also no guarantee that Oddworld: Soulstorm would have seen such success had the developer released it for full price. However, it is understandable that Lanning was more than a little frustrated with that turn of events.

It’s not clear how these events will influence Oddworld Inhabitants from now on. However, it might be a while before the studio considers working with PS Plus again. Whether that means it will stay away from Xbox Game Pass as well is also anyone’s guess. Lanning didn’t say if or how the circumstances of Oddworld: Soulstorm’s release might impact the studio’s decision-making. However, it would be surprising if it didn’t become a concern in the future.