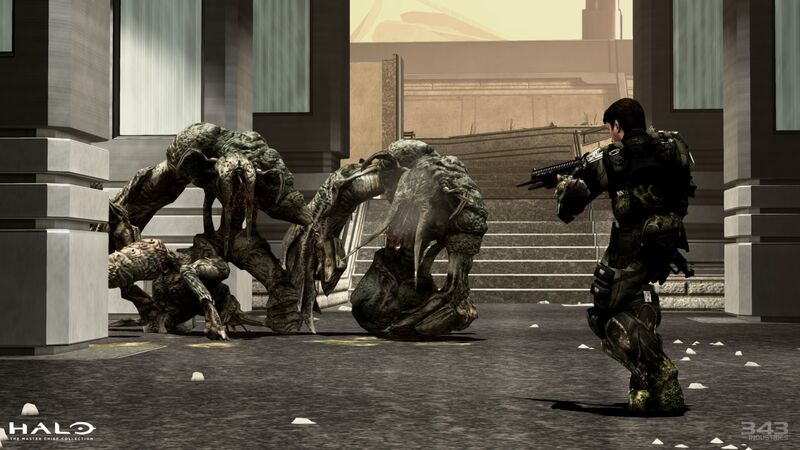 4.2
343 Industries is no longer running seasons in Halo: The Master Chief Collection, but the developer is still supporting the game. The next big update is coming Monday, kicking off with a fan-favorite Halo mode called “FloodFight” to Halo 3: ODST. You know, adding the Flood to Firefight.

Firefight is a cooperative survival mode where waves of enemies attack. FloodFight, as 343 Industries is calling this iteration, sends waves of the Flood in to fight — changing up enemies in the regular mode from the Covenant to the Flood’s creepy crawlies. The mode was beta tested last year, but the new update adds “numerous networking improvements” and fixed plenty of bugs. The improvements, 343 Industries said, “benefit Firefight across the board.”

The Flood themselves in Halo 3: ODST are a bit different, too. Here’s how 343 puts it:

Next week, something new is on its way to MCC... 💀👀 pic.twitter.com/GG5JZpYJMv


First, players will notice that Flood are accompanied by dense fog which gives each Firefight mission a new and spooky ambiance. Players will see this fog dynamically fade in when a Flood wave spawns and fade back out when a regular Covenant wave spawns (in variants which mix Flood and Covenant enemies).

Flood can now occupy vehicles for the first time since Halo 2 and players will encounter (and potentially commandeer) these across multiple Firefight missions. Flood enemies now have a few new animations which allow them to pilot these vehicles, traverse the environment more effectively, and even wield support weapons like turrets.

In ODST, there are also three new types of Flood Combat Forms—the infected civilian, the infected ODST, and the infected Elite Major which sports red armor and energy shields.

The Flood can employ all their familiar strategies as well. Stalker Forms can climb on walls and deploy as Ranged Forms in unexpected locations, totally changing the way the classic Firefight missions play. Flood can also drop onto the map via dispersal pods.

Lastly, unlike the Master Chief, ODSTs can be infected and resurrected by the Flood. Beware, as you may have to fight your own resurrected allies—or even yourself!

343 Industries has added “boons” to assist players, like weapons racks with assault rifles or battle rifles. Some maps have flamethrowers, or allied NPCs — like marines and allied Elites delivered by pods.

The developer has also discussed new updates scheduled for the rest of the year, like mod support for all games in the Master Chief Collection. It said it plans to deliver “multiple updates sprinkled throughout 2022.”

All these Halo news are boring the crap out of me

But I hope the players enjoy the updates