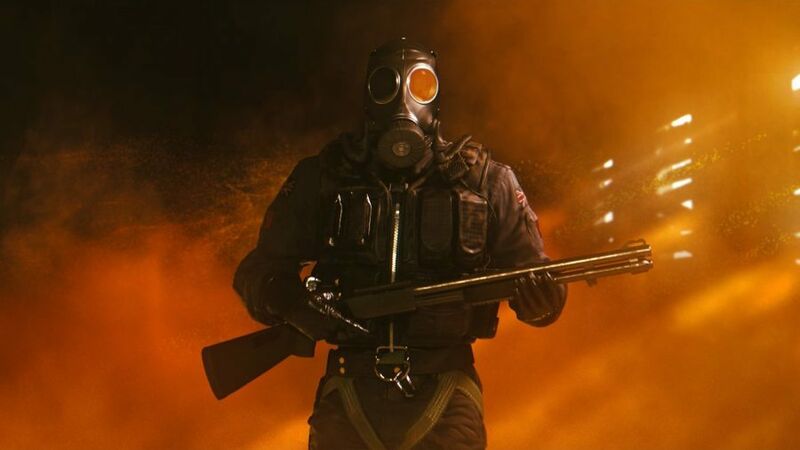 4.4
Ubisoft will no longer be moving forward with a controversial Rainbow Six Siege change that would've seen one of the game's original Operators taking on a significant nerf, the company announced this week. The nerf in question dealt with Smoke and his signature Remote Gas Grenade equipment that's unique to the Operator and was listed in the Designer's Notes connected to the next big update. Negative responses were so swift and plentiful after the change was announced, however, that the developers have decided to reverse course and ditch this nerf.

For those who don't recall or haven't seen Smoke in a while, his gas grenade allows him to remotely detonate canisters of gas which in turn damages those who stay in the area of effect. It's used to deny players access to certain areas, but not Smoke himself as the gas mask-wearing Operator can walk in and out of his own gas clouds without concern.

That makes sense as far as character design is concerned since he's the one using the gas and naturally has prepared to be around it, but Ubisoft felt a change was needed. So, in the Designer's Notes, it said that when the next sizable update dropped, Smoke would be vulnerable to his own toxic gas.

"While this change is pretty explicitly a nerf, it mainly targets what is essentially a special immunity just for Smoke," Ubisoft said. "Adding this vulnerability should make it more obvious at a glance how abilities affect all Operators, even if they are technically wearing a gas mask. Removing Smoke's immunity also impacts the most hyper-aggressive Smoke players. The gas can still be used for area denial and to apply pressure, but Smoke can no longer prowl through that denied area without paying a cost."

That did not go over well within the Siege community. While some may have been in favor of the idea, the majority – or at least the vocal majority – were not. As such, Ubisoft said this week that it has decided not to include the nerf in the update after hearing the feedback from players.

We've heard your feedback and the change to Smoke's gas vulnerability will not make it onto Live servers.

We also see your concerns about LMGs. We are working on it and will keep you updated as soon as we have more information to share. pic.twitter.com/g0jDoHPDRb


"Recent seasons have seen multiple 'hidden passives' removed from Operators – think Withstand on Zofia," Ubisoft said. "Smoke was next up to reduce the amount of lore-centered mechanics in the game. Your passionate feedback has shown that his toxic gas immunity is important, both narratively AND mechanically, to his character and to the wider community. For that reason, this change will not make it to the Live servers."

It's going to get worse, then there wll be no point on launching the game

Soon enough they're gonna nerf all the older operators and make them worthless.

Jaeger? No guns, just his gadget
Bandit? His battery only lasts 30 seconds
Zofia? She got nerfed so hard that she's arguably a worse version of Ash now.
Montagne? No more shield, only has a camera and can snap bad angles of the opposing operators to make them feel insecure and give up the fight without violence

Need I go on? Ubisoft is not balancing this game, they're killing it. Plain and simple really. It's not even fun to pick up and play anymore. So many restrictions, all the good operators are now bad, the bad ops are still bad and the new ops aren't much better than the old good ones. Sad to see them do this. They faced backlash for many removals before and never changed their tune, so I don't expect the one time they DID listen to be a signal for them to do things better in the future.