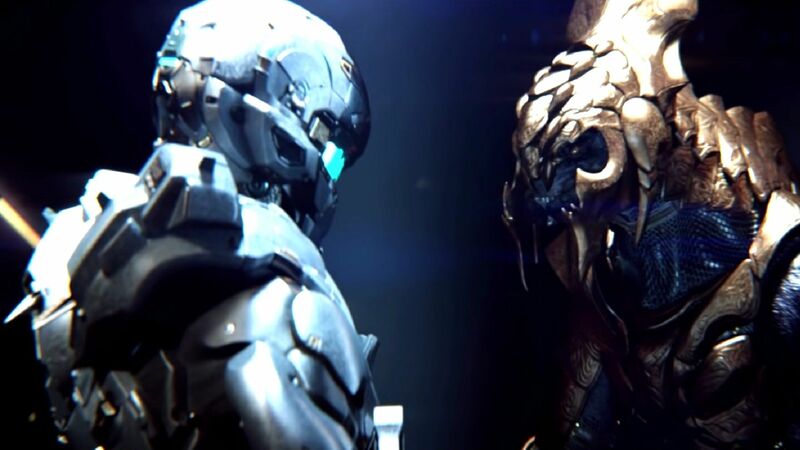 3.9
Halo 2 and Halo 5: Guardians have a lot of similarities as games in the iconic sci-fi shooter series. Both are the second game in trilogies released by their respective developers, and both have campaigns that see players switching between the series main character Master Chief and another character ostensibly working against Master Chief.

Halo 2 also stands as one of the most beloved entries in the Halo series. It was no surprise then, that the game was chosen to be remastered for release in Halo: The Master Chief Collection. Featuring reworked visuals and HD CGI cutscenes, Halo 2: Anniversary was received positively by fans.

Halo: The Master Chief Collection was not only a collection of all currently released main series Halo games, however. It was also part of a marketing boost for the Halo franchise as the next numbered installment, Halo 5: Guardians, was soon to be released. Halo 2: Anniversary began with a teaser cutscene for Halo 5 where Spartan Locke meets the Arbiter, the fan favorite character players hoped would show up in Halo Infinite. This cutscene has now been removed from Halo 2: Anniversary.


The scene’s removal likely has to do with the fact that it was a clear teaser for fans that were replaying Halo 2 while awaiting Halo 5’s release, and since Halo 5 has released and had another sequel, the scene doesn’t add anything to Halo 2 anymore. New fans playing through the Halo games without any knowledge of Halo 5’s plot will also likely be confused by the cutscene as it sets up a framing scenario the player would expect to see reach its conclusion during the events of Halo 2’s campaign. But the events of the cutscene are in fact several Halo games worth of story and context away from the player first booting up Halo 2.

Not only this, but the teaser cutscene also acts as a slight spoiler for the events of Halo 2 and 3 as the Arbiter plays a key role in both these game’s campaigns. Players that watch this Halo 2: Anniversary cutscene will know from the get-go that the Arbiter will survive the events of both games and where the arc of his tumultuous alliance with Master Chief ends up.

The cutscene still appears in Halo 5: Guardians, though not quite in the same visual fidelity of the stunning Halo 2: Anniversary CGI cutscenes. Fans have been hoping that Halo 3 will get the same anniversary treatment that the first two Halo games did, as playing through the games in order in The Master Chief Collection now sees Halo 3 have a noticeable visual downgrade from the remastered Halo 2.