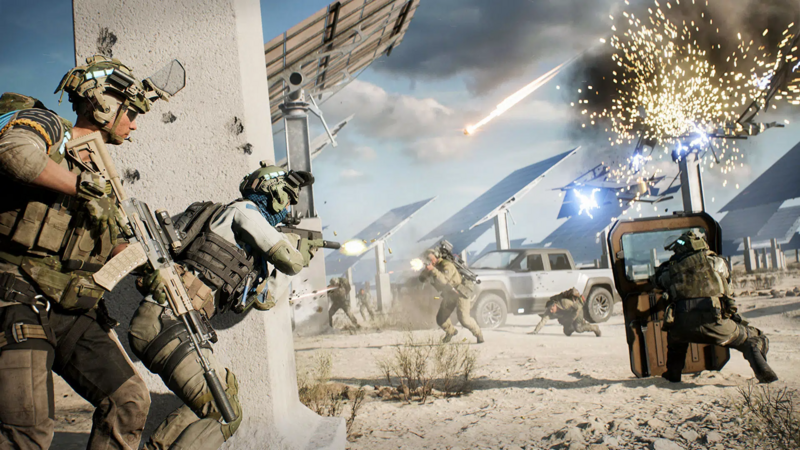 3.9
A new Battlefield 2042 update from a DICE developer over on the EA Forums has been met with backlash. There's a lot wrong with Battlefield 2042. It doesn't matter what platform, you're on, there are performance issues, bugs, missing features, and a lack of post-launch content. As a result, the game has been quickly losing players, and it's in danger of losing more if it doesn't fix the game's spawns. That said, right now, it doesn't seem fixing the game's spawn is a concern at DICE.

Over on the EA Forums, one fan pointed out that the spawn system needs improvement. To this end, they noted it would be great to have the ability to disable force spawn and see where they are going to spawn before they do better. Adding to this, the player also suggests they'd like to be able to spawn in their team's vehicles.

Responding to this, a verified developer confirmed that while spawns are being reviewed, there's currently no active development or plans for the gameplay system. As you would expect, this response isn't sitting well with fans.

"Given all the things that get continually confirmed as 'not something we're working on/discussing yet'...what is the team working on? Because honestly it doesn't sound like they're working on very much given what's been publicly communicated so far," reads the first reply. "It sure feels like there's only a skeleton crew left to look after 2042 right now and like the priority for the studio is the next BF that the team moved to, not finishing 2042 and delivering the product that y'all marketed to and sold us on."

"You should very quickly pivot to address the forced spawn and vehicle spawns," reads another unhappy reply. "All that happens at the start of the game is the enemy air vehicles come and kill everyone who is AFK or changing their loadout. Moving the spawn locations and flags won't stop this."

The quick update did little to garner a positive reaction, with the two responses above just the tip of the iceberg. That said, it's what Battlefield 2042 players are going to have to settle for. It's unclear how many developers are still working on the game, but the slow post-release support suggests not many. And if reports are true that the next Battlefield game is already in development, then none of this is very surprising.

What we do know is that this month a huge update is coming, but it looks and sounds like the update will do nothing to address the game's spawning issue.

All future updates for this game are going to be letdowns

I was so excited for this game to launch, really expected Battlefield 4.5.

Man, what a letdown.