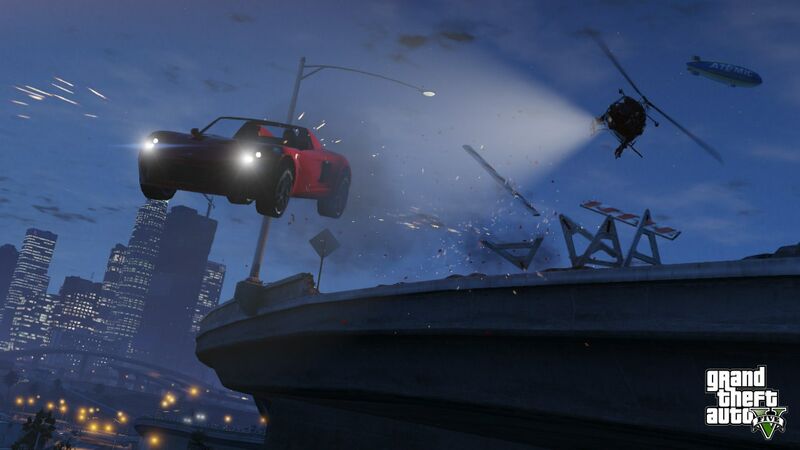 4.3
The first GTA 6 screenshot was supposedly leaked months ago. On February 4, Rockstar Games announced the next Grand Theft Auto game, which it still has yet to call GTA 6 and which it's shown nothing of, or so we thought. Back on November 16, 2021, a new image found in Grand Theft Auto: The Trilogy – The Definitive Edition made the rounds as it was speculated that it was the first screenshot of GTA 6, or at least a GTA 6 tease. Months later, one Grand Theft Auto leaker claims that this is indeed a screenshot of GTA 6, and thus our first look at the game.

Taking to Twitter, Matheusvictorbr claims that it's been confirmed to them that the image mentioned above, and featured below, is indeed GTA 6. Adding to this confirmation, the leaker injects some speculation, noting it's possible the location pictured may be inspired by Hollywood, Florida, a principal city of Miami, the latter being the rumored setting of the game, or at least a location of the map.

"After a few months, I have confirmed that this image is from the next title in the Grand Theft Auto series," said Matheusvictorbr. "The location in-game is possibly inspired by an American suburb, in the vicinity of Hollywood, Florida."


As you can see, all of this information is in Portuguese, which is a tricky language to translate into English, so take the translation above with a grain of salt as sometimes vital meaning and context is lost in translation. And of course, take the claim itself with a grain of salt as well. This isn't an official confirmation nor is it a claim that's been validated or regurgitated elsewhere.

Rockstar Games never comments on rumors. It doesn't even acknowledge them. Thus, it should come as no surprise it hasn't touched upon this rumor in any capacity. It's very unlikely this will change, but we will update the story accordingly if it does.

Such a fake screenshot. Time will tell

All OG R*/GTA fans and players should know by now that we only know what R* wants us to know... Anything "leaked" before R* release it is fake 99.9% of the time.

I'm not going to discount this by all means but it looks like something you could whip up in Unity in like 2hrs.