1 million Sea of Thieves players have reached the endgame 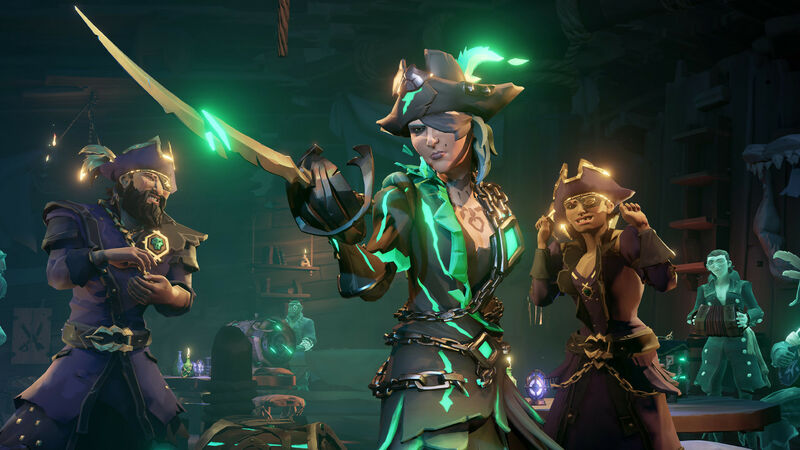 3.6
In Sea of Thieves, pirate legend is the top title for players to achieve – and the gateway to the endgame. As part of a new in-game event, Rare has announced that one million players have crossed the threshold into pirate legend status, and has provided a host of stats on what those players did to reach the big rank.

You achieve pirate legend rank by hitting level 50 with three of the game’s factions. That, in turn, opens access to the Athena’s Fortune faction and a selection of top-end voyages. Sea of Thieves has just over 25 million players overall, so about 4% of them have achieved legendary status. Of those, only 30,908 have hit the top rank with Athena’s Fortune – though that cap is going to expand during Season 6.

Rare says it takes an average of 192 hours to reach pirate legend, though one unnamed player spent 2,664 hours getting to that rank. Only 50 players have done it completely solo. You can head over to Rare’s announcement blog for a whole lot more stats like this.

Rare intends to offer a bunch of announcements and events focused on pirate legends this week. On April 7, the studio will unveil the new pirate legend voyage coming later in Season 6. On April 8, legends will get double gold and reputation, while on April 10, all players will get to enjoy the same benefits.

Congrats to those who have reached it, well done