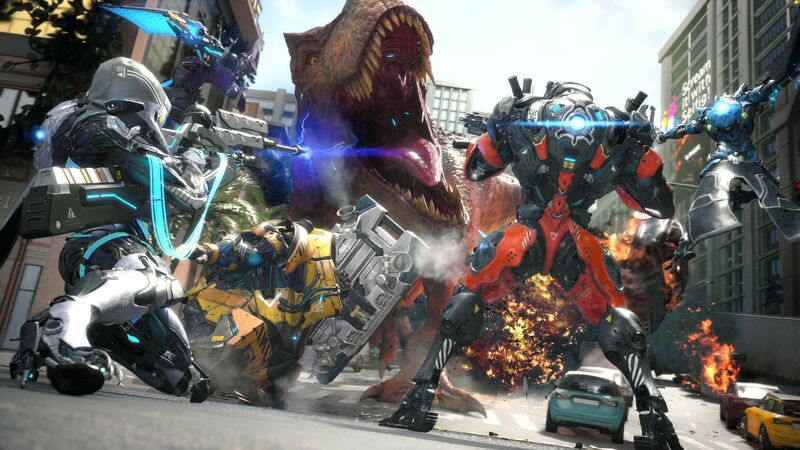 4.1
Capcom’s recently announced co-op shooter Exoprimal is slated to release sometime in 2023 for Xbox One, Xbox Series X/S, PS4, PS5 and PC. While still a ways off, there will be some new information revealed in early Summer 2022 as per the game’s official Twitter. Additional details and updates will also come later this year.

With E3 2022 being cancelled and the Summer Game Fest’s Kickoff Live show happening in June, it’s more than likely that Exoprimal makes an appearance at the latter. Set in 2043, the story sees the world under the very real threat of dinosaurs falling out of portals. To combat the flood of Velociraptors and Tyrannosaurus Rex, mankind has created power armor called Exosuits.

There are Assault, Tank and Support Exosuits, each with their own unique functions and roles (with the option to change mid-battle). Taking down hordes with up to five players is only half the task though as you’ll also compete against another team to complete the mission first.

Important news about #Exoprimal. We will have new information to share in early summer 2022.
Please stay tuned for more information and updates later this year.