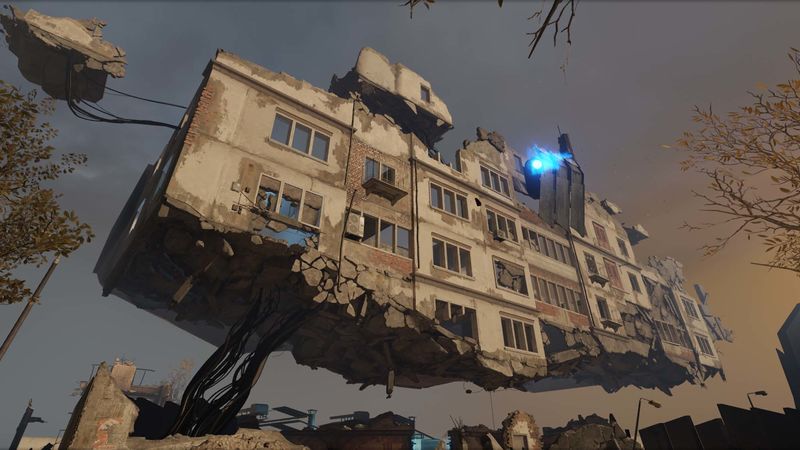 4.4
Half-Life: Alyx is getting extra content courtesy of a new mod.

It might not have been the follow-up to Half-Life 2 that fans were expecting, but Valve did eventually return to Half-Life over 15 years after the launch of the series' iconic second instalment with virtual reality prequel Half-Life: Alyx. And while the wait for the next entry in the Half-Life series could be a long one, this impressive new mod for the acclaimed VR title will surely make it a little easier to bear.

Half-Life Alyx: Levitation sees you investigate a mysterious levitating building, and judging by the announcement trailer, there'll be a heavy focus on action. The fan-made mod will be available for free to those who own Half-Life: Alyx, and its creators estimate that it will provide somewhere between four and five hours of gameplay for the average player.

The trailer, which you can see below, features some Half-Life favourites, including Russell and G-Man.

Half-Life Alyx: Levitation is a collaboration between animator Corey Laddo and level designer and artist Shawn Snelling, arguably best-known as CS:GO map creator FMPONE. According to the trailer's description, they are aiming to release the mod this summer.

No official follow-up for Half-Life: Alyx has yet been announced. Although one could be on the way as a datamine of Valve's recent Aperture Desk Job tech demo found traces of a Half-Life: Alyx follow-up and a cancelled Portal game.

They have been doing a lot of work with it