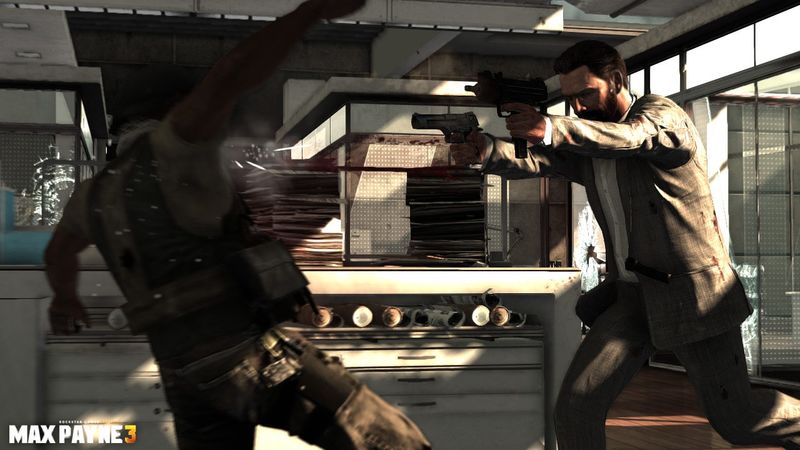 3.7
A new report has revealed that Rockstar Games' Max Payne 3 had a co-op campaign. Max Payne 3 is arguably a Rockstar Games cult classic. It didn't find the immense success of Rockstar's other big early 2010 games, Red Dead Redemption and Grand Theft Auto V, but it was a well-received shooter that built upon the foundation laid by Remedy Games. Given Rockstar didn't develop the first two entries themselves, they were able to successfully make it their own while ensuring fans of the series could still easily recognize the noir tale. The gritty voice-over, the fluid gunplay, and much more were all there, just in a new setting with new characters. With that said, Rockstar almost gave the franchise a major new addition.

A new report from USA Today's FTW column claims that Rockstar was developing a two-player co-op campaign for Max Payne 3. The co-op mode would've been a prologue to the main story that bridged more of the gap between Max's last days in New Jersey and his new life in Brazil. It seems as though some of this remained in tact, just without the co-op element, as there is a section of the game that shows Max's escape from New Jersey after meeting his partner, Raul Passos. The report notes that players would've also infiltrated a "bizarre cult compound" and a South American gem mine. A team in London worked on the mode for a year, noting the difficulty it had with letting two players use bullet time at once and the mode was eventually scrapped to focus more on the game's PVP multiplayer.

Although it sounds like a cool concept, it's probably better that Rockstar decided to focus its efforts on the single-player and multiplayer. Sadly, Max Payne 3's multiplayer servers were shut down in 2021, which is a shame because it was actually a competent PVP shooter. Those that still want to experience the campaign can rejoice as Rockstar recently added Max Payne 3 to Xbox One's backward compatible library.