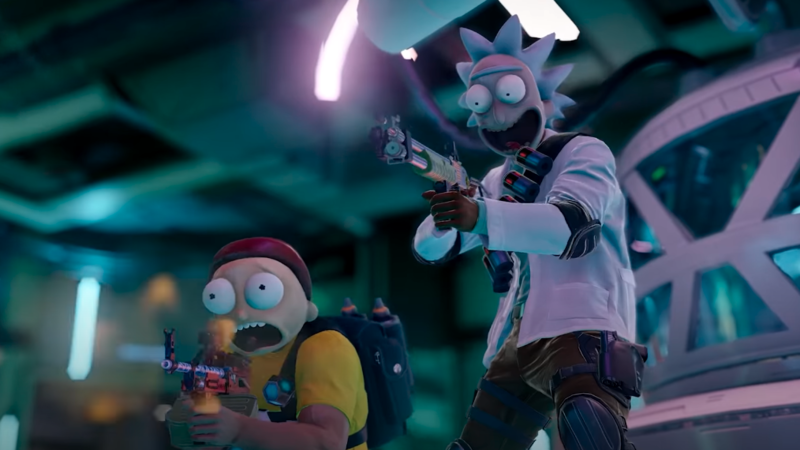 3.9
Ubisoft's Rainbow Six Siege is once again teaming up with Rick and Morty for a special crossover event. The newest Rick and Morty DLC bundles are now available in the popular team-based tactical shooter, letting you morph the characters Fuze and Doc into Rick and Morty, respectively.

The DLC bundle also comes with an operator card background themed around the animated series from Adult Swim and Justin Roiland. Check out the announcement trailer below to see the Rick and Morty skins in action--it's truly a sight to behold.

As mentioned, this is actually the third DLC bundle for Siege based on Rick and Morty. A previous DLC added Pickle Rick. Outside of that series, Siege has welcomed other famous characters such as Jill from Resident Evil and Tomb Raider's Lara Croft.

Rainbow Six Siege has been one of Ubisoft's biggest success stories in recent years. After debuting in 2015 to a mixed reaction, the game has been consistently and impressively supported over the years, and it now has more than 70 million players. GameSpot scored the game a rare 10/10 in our Rainbow Six Siege review.

Ubisoft is reportedly set to expand the franchise with Rainbow Six Siege for mobile, and the rumored game could be announced as soon as next week. Ubisoft followed up Siege with another Rainbow Six game, Extraction, which launched in January.

Heck ya. I love Rick and Morty.