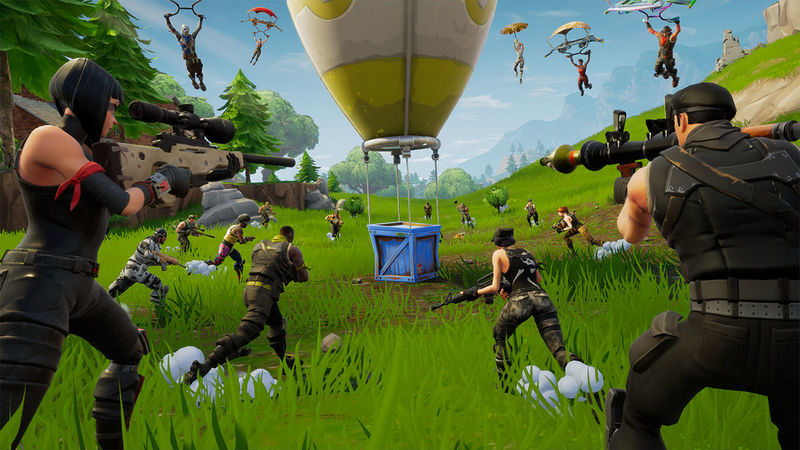 3.7
The last month has seen the video game world rally around the people of Ukraine as the country continues to suffer under Russia's ongoing invasion. Twitch streamers like Asmongold along with various companies like Humble Bundle have been doing their part to raise money for humanitarian organizations sending aid to the war-torn country, including Unicef and Relief Everywhere. Epic Games is now contributing to these efforts in a big way thanks to the proceeds from its battle royale giant, Fortnite.

Epic Games, alongside Xbox, previously announced the two sides were coming together to raise relief funds for Ukraine via the popular battle royale. The two gaming giants said all proceeds Fortnite raised between March 20 and April 3, 2022, would be going to four humanitarian organizations currently working in Ukraine: the aforementioned Unicef, Direct Relief, the UN World Food Programme, and the UN Refugee Agency.

In a follow-up on March 29, Epic said on its official website it had already reached $100 million set to go immediately to the four listed organizations. It added that, given the total raised, funds would also be going to support World Central Kitchen, which has been trying to provide fresh, hot meals to Ukrainians with little access to food as a result of the invasion. Epic then took to Twitter to thank Fortnite players who contributed to the studio's relief efforts, which will continue to raise money for four more days.

As of today, we’ve raised $100 million USD together to support humanitarian relief for people affected by the war in Ukraine. In addition to @UNICEF, @WFP, @Refugees and @DirectRelief, we are now also collaborating with @WCKitchen.


Epic's relief funds are also, to date, one of the largest monetary contributions toward relief efforts for Ukraine and refugees fleeing from the country. Humble Bundle was another company to donate a massive sum to these efforts, announcing on March 25 it had raised $20 million as part of the "Stand With Ukraine" sale it was running. This is on top of the several million dollars raised by streamers and companies, cumulatively, all going to Ukraine.

It's worth mentioning the impact the games industry has had on Russia, as well, which has already been hit hard by international sanctions creating massive inflation and supply shortages. Nearly all major game companies, from Electronic Arts to Epic and seemingly everyone in between, halted sales of all games and related add-on content in Russia, though most games remain live for Russian players to continue playing. In an effort to counter this, the Russian government legalized piracy for video games which are no longer available as a result, though it is not known if it has impacted the games industry in any meaningful way.

All this money raising is totally insane

Big respect to those who donate