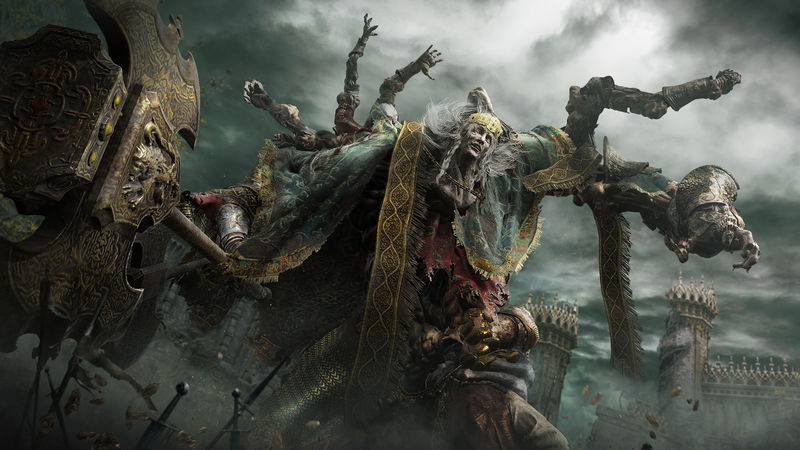 4
If you've an Elden Ring player who's ashamed to say you've been bested by a pack of dogs more than once, you're in luck – there's a bug that's been discovered in the game that'll help you save face. One of the types of dogs players occasionally fight in the game appears to be bugged which results in it dealing incredible damage numbers way more than those dealt by even the game's most challenging bosses. The good news is that there appears to be a fix for this problem and that it's supposedly an easy one, so perhaps it'll be resolved in a future update.

The issue in question deals with the dogs that apply the bleed effect with their attacks. Elden Ring and Souls game hacker and dataminer ZullieTheWitch explained the problem in the video below with the help of Souls modding tool creator Meowmaritus.

Some of what's talked about in the video might not make sense if you're not one to dig around in games' files yourself, but Zullie and Meowmaritus break it down into simple enough terms. The animation files for dogs are apparently shared between the large and small variants of the enemy, and when the game's trying to pull from that file to figure out if it's a small or a big dog that's attacking, something goes wrong when dealing with these blood-damage dogs. The "attack array" function correctly registers the size of the dog but accidently clears out the attack array entirely which means that players can be hit more than once by the same hitbox.

All that leads to not just one massive hit but continuous hits so long as the player remains within the hitbox. So with one attack, the dog deals the same attack's worth of damage over and over again until it amounts to over 11,000 damage.

In a comment attached to the YouTube video, Zullie explained that this damage is calculated before the bleed effect even factors in, too.

"Fun fact, that 11,640 damage is before counting the blood loss, which will vary wildly depending on your HP, since it's percentage based," the comment said. "The exact reason why the game clears the attack array when the small dog does that one specific attack is owed to some complicated interactions with the behavior data for the various dog enemies, which would've taken quite a bit longer to explain."

Perhaps FromSoftware will address this bug in a future update to bring these dogs more in line with their canine counterparts.

I have been hit by this, and I will say it's happened a couple of times.