Sledgehammer Games is Testing a New Spawn System For Vanguard 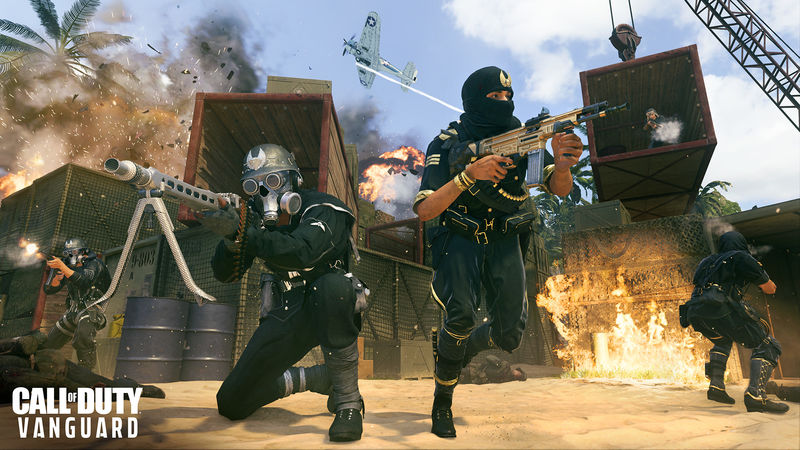 4.5
Since first-person multiplayer shooters became a popular genre, spawning has been a topic of controversy. The Call of Duty franchise is no different, but Call of Duty: Vanguard has brought this criticism back to the forefront of community feedback. While feedback regarding spawning is typically dismissed, Call of Duty: Vanguard developer Sledgehammer Games has broken tradition. It's working on an improved spawning system, with its first go now available as an experimental playlist.

In a message shared via Sledgehammer Games' Twitter account, the Call of Duty: Vanguard developer confirmed that it had launched its planned experimental playlist to test new logic for player spawns. When playing the new playlist, players should spawn in locations that feel "less random." More specifically, Sledgehammer says that the primary goal of this new logic for spawning is to place players where they won't be immediately threatened by an enemy player.

The playlist in question will be relatively limited, by nature. Three maps will be available in the playlist: Shipment, Das Haus, and Dome. Four different game modes will be playable from there, including Team Deathmatch, Kill Confirmed, Domination, and Hardpoint. Sledgehammer says that the new spawn logic will be better recognizable in objective-based game modes, though Call of Duty: Vanguard players should still focus on the modes they play the most in order to provide the best feedback.

An update has deployed in #Vanguard

Check out the Patch Notes for further information 👇https://t.co/nB4gvr7EzZ


Once Call of Duty: Vanguard players have tried the new experimental playlist and have formed an opinion on the new spawn logic, Sledgehammer has made a survey to record feedback from. The survey includes questions like whether it takes too long to get back into a fight, whether spawns feel predictable, whether they experienced more or fewer spawn traps, and whether they want to see the new spawning system brought to the full Vanguard experience.

There's no word regarding whether Sledgehammer plans to introduce this experimental spawn logic to the main game any time soon. This experimental playlist doesn't have an announced end date, either. Sledgehammer will likely leave it up as long as necessary to gather feedback and then decide a release date based on whether it believes the logic is ready to go live or not. That could be in days, weeks, or months.

What's ultimately so interesting about the situation is that Sledgehammer heard players' frustration within the Call of Duty: Vanguard community and decided to act on it. Criticism of spawns often go ignored, but it's such a key system in multiplayer shooters. Even small improvements to Vanguard's spawning will make a big difference.

Just focus on the WAW remaster, forget about the Vanguard

You need to understand why that GI Jane joke pissed Jada tf off! 6 years ago Chris made a joke about her not getting any roles in movies. Now fast forward, he's congratulating her on a made up movie role, just to throw salt on the wound.