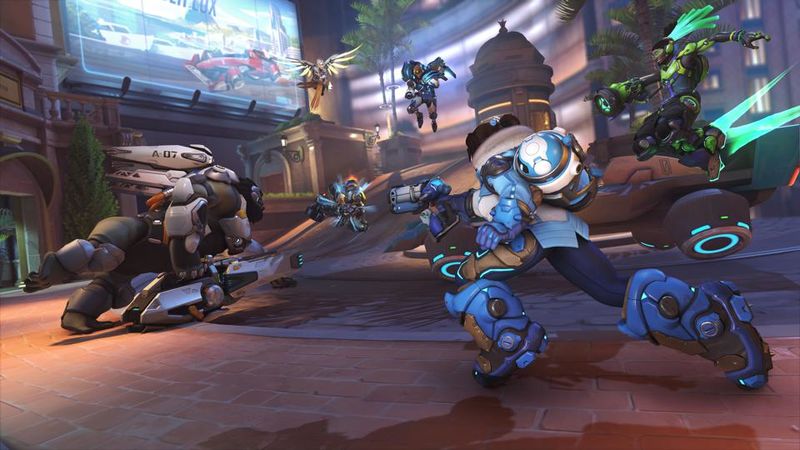 In a new blog post, the developer showed off the new feature, stating that it's hoping that the ping system will help with the toxicity in-game as well as give a unique voice to the hero chosen.

System designer Gavin Winters said “we wanted to create a system that would enhance voice communication as well as provide alternative ways to share information with your team”. The Overwatch team wants to personify its value that "every voice matters," and to give a voice to people who may want to avoid the chat all together, whilst giving the option of visual representation as well.

The way the ping system will work is by providing context to what you can already hear in voice chat. If you're playing a certain time-travelling Londoner, for example, and you ping an enemy Reaper, the team will hear Tracer's voice calling out her opponent's location. Principal designer Adam Pahl says that this way is more “accurate and understandable” than the chaos of voice chat. If the Reaper leaves that spot, then instead of pinging their ‘current’ location, it will ping the last known location of the Reaper.

Pahl was adamant in looking to the community for guidance on how the operations and functions of the ping system should work, and that it should work around iconic abilities. The ping is tailored to the different heroes so as to capture the fast pace Overwatch is known for. As a result, abilities like Sombra’s Translocator, Doomfist’s Meteor Strike, Moira’s Fade, and Tracer’s Recall will all cause pings to fall off the characters as they move to an entirely new location.

Alerting teammates to your enemies last known location is one of the many things the ping system has to offer. Holding down the button will open up a pinwheel with various different commands; you can alert enemies to your offensive or defensive intentions, call for help, or ping the countdown of your abilities, and the system will continue to evolve. You'll also be able to use a specific set of pings in response to your teammates'. If someone's spamming "I need healing," supports will be able to let them know that they're on their way, where they can group up, or that they're on their own.

The system will continue to evolve over the course of Overwatch 2's testing, which is due to begin next month.

Should help? Oh it better, or the players will go crazy