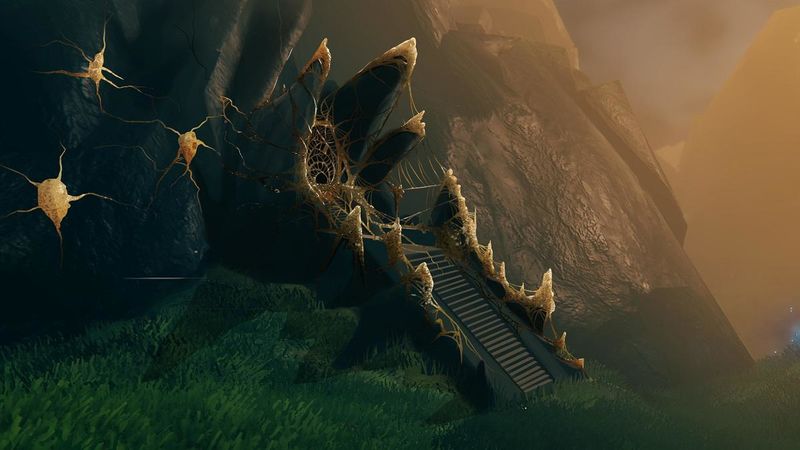 4.5
Valheim creators Iron Gate have been teasing the game's new Mistlands update for a while now, and this week, players got yet another look at some of what's planned for the future. This time, we saw another weapon that'll be added whenever Mistlands drops as well as some concept art for an area within the new biome that sure looks like it's not going to sit well with those who aren't big on bugs.

The latest update on the update, like pretty much all of the previews before it, was shared in a post over on the game's Steam page where the developers talked about the Mistlands and its inhabitants. That's where the image below was shared which looks to feature a dungeon of some sort marked by what appears to be webbing all along the outside of it. Iron Gate didn't specify what, exactly, left those remains be it spiders or something else, but we've at least got some concept art to keep players guessing.

"New creatures are given life, dungeons are being planned out, and weapons are being crafted," the Iron Gate team said. "Designing a new biome is a large undertaking, with many pieces that need to slot together before it can become the complete experience it needs to be, and it will require a lot of iterations and testing before it's done. The biome is quite some time away still, but we are excited for it and we believe the result will be well worth the wait!"

Alongside that concept art, we also got a look at another new weapon that'll be added in the Mistlands update. Shown off below following a tease from not long ago, it looks as though players will have access to a new crossbow of sorts. Its special properties, if any, naturally have not been talked about at this time, but we at least know what it looks like now. 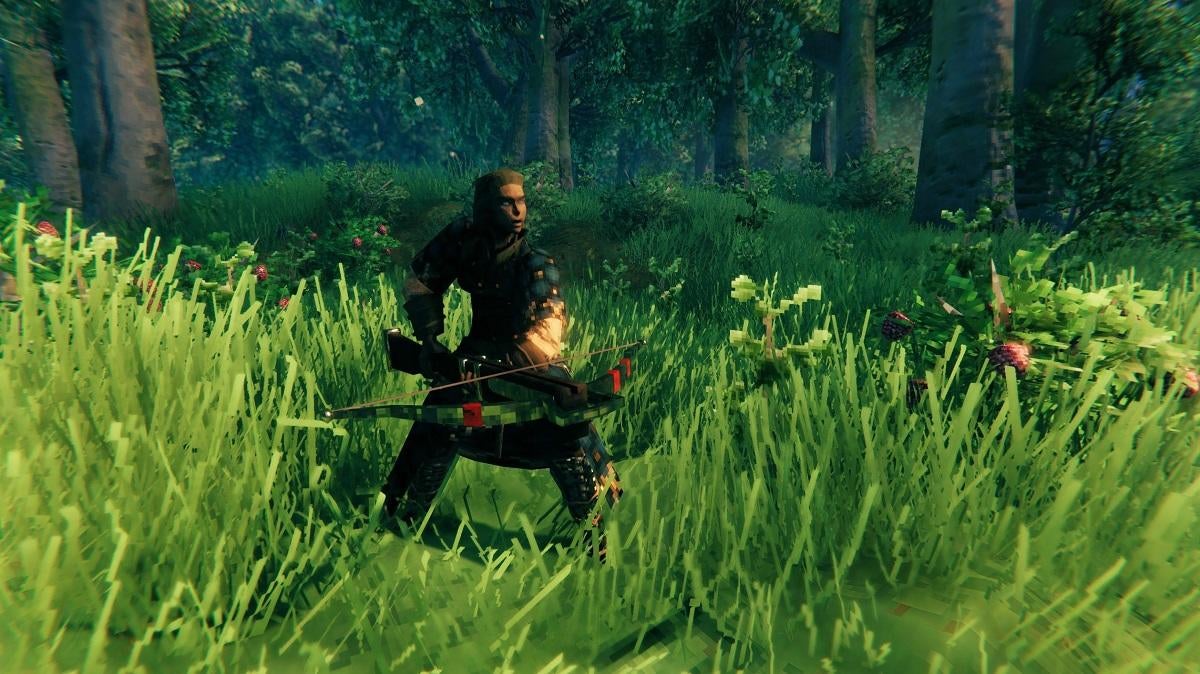 Note that this crossbow is different from the one shown off previously. One of the first Mistlands teases about a new weapon showed off the aptly named "Mistlands Bow" during a speed modeling preview.

The Mistlands update for Valheim does not currently have a release date, so players will have to look forward to more teases likes these until the update is ready to be released.

Haven't played, but loks good, and glad their teasing for an update