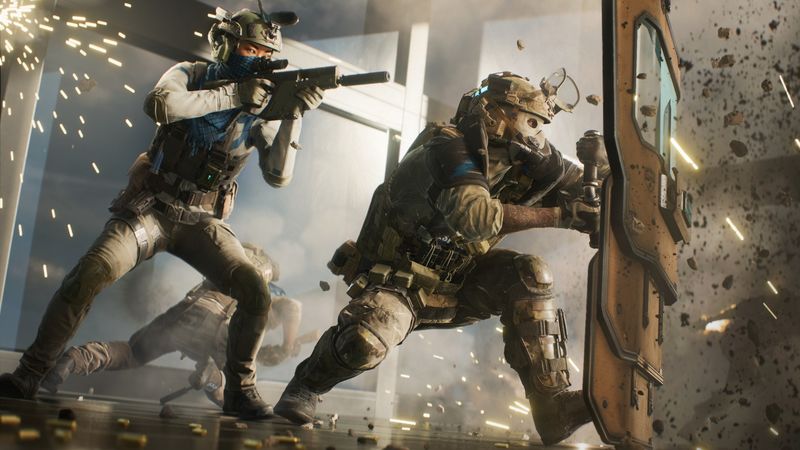 4
It’s no secret that Battlefield 2042 has been an underwhelming release for DICE and Electronic Arts. In a new report on Xfire, insider Tom Henderson said it was being called “a miss” internally but it’s not for naught. The next Battlefield title is currently in the pre-production stage and one source said that the team has learned “valuable lessons” after Battlefield 2042’s launch.

The source stated that, “I think we’ll be reverting a lot of the changes we made in Battlefield 2042.” Whether this means Specialists and 128-player matches are being ditched remains to be seen. Interestingly, while Henderson heard last December that the next title would be sort of a “hero shooter,” plans could have changed.

A recent playtest and feedback sessions were held for changes to Battlefield 2042’s Specialists. This will seemingly make them more like classes and is likely to be in the next game as well. While much of this is up in the air, it does seem that the next Battlefield will be a modern/near-future title.

As for Battlefield 2042’s long-term future (outside of the previously confirmed battle passes and new map Exposure), there’s still a dedicated team working on it. Players can expect new modes, vehicles, maps, and weapons while Ripple Effect is developing new Battlefield Portal content. A “large portion” of DICE is working on the next Battlefield but this was cited as an industry standard.

"Next Battlefield Could Revert “A Lot of” Battlefield 2042’s Changes" :: Login/Create an Account :: 2 comments

They are better giving up on this, and bring out a totally new franchise

No one is gonna trust anything dice says. They don't know how to make games that much is clear. It's been 6 years since they launched a game without major controversy/issues.