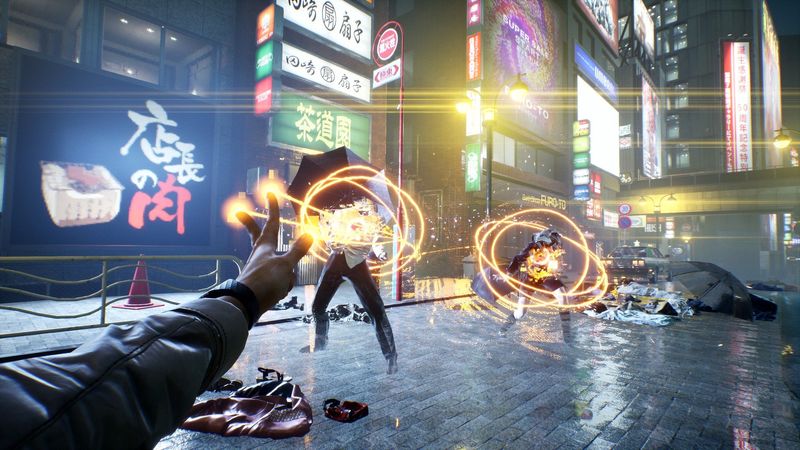 3.5
The director of Ghostwire: Tokyo and The Evil Within wants to distance his studio from horror games.

In an interview with Japanese magazine Famitsu - transcribed by VGC - Shinji Mikami where he says: “I hope to eventually change the image that Tango Gameworks currently has.”

Mikami, arguably best known for his work on the Resident Evil series, said that his most recent works, Ghostwire:Tokyo and The Evil Within, are gateways to leaving the horror genre behind. He considers Ghostwire:Tokyo to be an action-arcade RPG, where the player wanders Tokyo with their spirit powers to uncover what happened to the missing people of the city. Although some of the Yokai you'll face are reminiscent of horror archetypes, Mikami doesn't see them as such. He considers it to be people’s inability to disassociate him from the horror genre, which fuels his drive to further distance himself from it.

Mikami is grateful for the reputation he gained from survival horror games, but notes that the sheer size of the Resident Evil franchise wasn't conducive to teaching new developers; “we are a studio that makes games, we also want [...] to have the aspect of a game school where staff can learn how to make games.” That isn’t to say that Tango doesn’t plan on making more big projects, but Mikami suggests that a masterpiece should be produced every 10 years, so as to allow young game creators time to nurture their talent.

Mikami's philosophy is that smaller teams are better than big ones to train newcomers, as it allows developers to flourish and gain experience, which he thinks is ideal to produce more efficient work down the line. His main aim is to diversify the types of games his teams produce, and he hopes a smaller team will achieve that goal.

But the scary games are the best