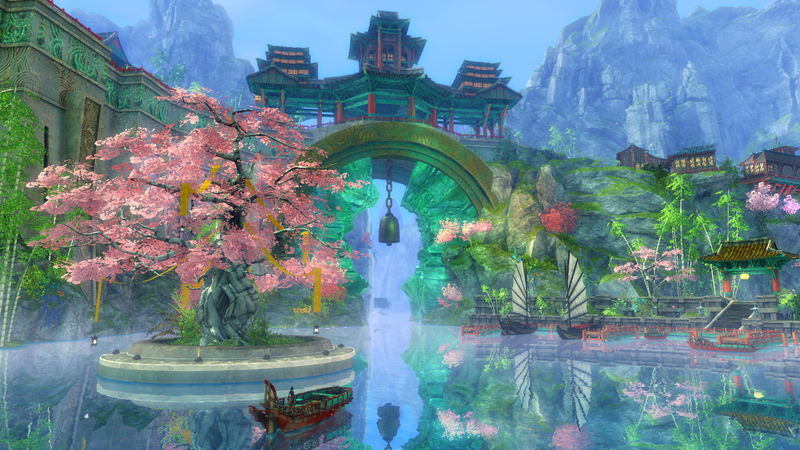 5
Guild Wars 2 recently released End of Dragons, its third expansion pack and conclusion to the Elder Dragon storyline begun with its initial release. Not one to rest on its laurels, Guild Wars 2 confirmed in a press release that it was already in the very early stages of developing its fourth expansion.

End of Dragons’ release at the end of February was one of the smoothest launches in MMO history. Guild Wars 2 managed to deliver a seamless experience with no queue times, maintenance, or downtime; something nearly unheard of in the world of MMORPGs.

Now that End of Dragons has been live for a few weeks, ArenaNet put out an announcement pertaining to the future of Guild Wars 2. Among the myriad of exciting announcements, Guild Wars 2 confirmed it had no plans of wrapping up the MMO, despite the main story arc’s conclusion in End of Dragons. Though Guild Wars 2 is approaching its 10th anniversary, the veteran MMORPG is still kicking–so much so that it was confident enough to announce its next expansion pack despite only having just released its last one.


ArenaNet’s press release was full of other news for the future of Guild Wars 2 as well. In addition to the new expansion, Guild Wars 2 is already working on the next chapter of its post-End of Dragons content, including a new map located in Cantha. It is also working on tweaks to other aspects of the game, including World vs. World PVP, specializations, and Challenge Modes for the new Strike Missions in End of Dragons. It asserted its intention to deliver new content for players, all while maintaining a positive work/life balance for its team.

The Guild Wars 2 community was overjoyed to see ArenaNet’s announcement, especially so soon after End of Dragons. With almost five years between the release of Path of Fire and End of Dragons, many players didn’t know what to expect with the future of Guild Wars 2. ArenaNet has seemingly dispelled the confusion surrounding what would be coming next for its players and promised more regular “State of the Game” announcements in the future to keep its fans well-informed.

That being said, it is important Guild Wars 2 players don’t get too excited about the expansion yet. By its own admission, ArenaNet is still very far out from any formal announcement as to what the fourth expansion will be about. However, players will have plenty of other content to occupy them until Guild Wars 2 is ready to say more, so there are plenty of other reasons to be excited.

Guild Wars 2: End of Dragons is available now for PC.

Must be doing very well, since the 4th exp pack is going to be released