Rare unveils Sea of Thieves: Forts of the Forgotten 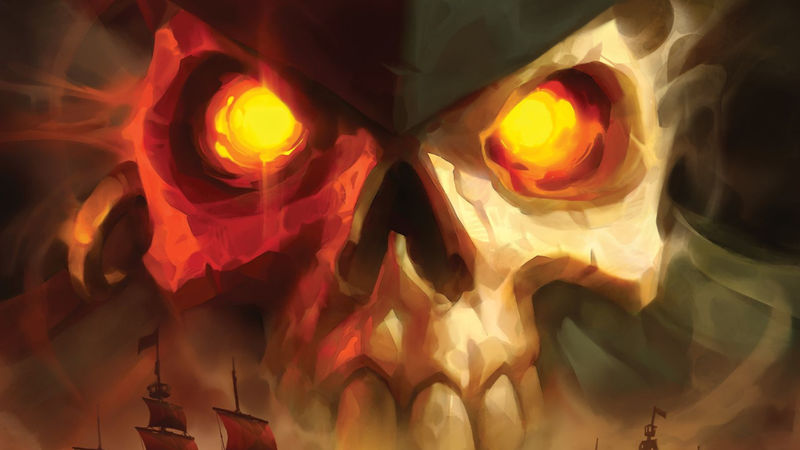 4
Sea of Thieves: Forts of the Forgotten is the next limited-time, story-driven adventure for the pirate game, and developer Rare has lifted the veil on the content with a new cinematic trailer. The event begins this Thursday and will last for two weeks, and will have you assaulting the new Sea Forts and working against a faction led by Captain Flameheart.

Forts of the Forgotten will run from March 24 through April 7. As Rare explains in the official description: “The denizens of Golden Sands outpost need your help, before it’s too late! Sharpen your swords and prepare to lay siege to the Sea Forts in the next Sea of Thieves adventure.”

A new cinematic trailer offers a story setup that’s setting the hearts of lore fans aflutter. A pair of Spanish ghosts are chatting about their service to Flameheart, while the Servant of Flame shows up to threaten Wonda – the Golden Sands weaponsmith – in a prison cell. Then we cut to the Warsmith – also known as Wonda’s sister, Wanda – sailing the seas toward a Sea Fort.

Check out the trailer for yourself below.

If you want a deeper dive into the story implications, Captain Falcore has provided the community with an excellent breakdown in the video below.

Meanwhile, Rare has also confirmed that a second Sea of Thieves novel is on the way, which may help answer those questions. Heart of Fire, written by Chris Allcock, will delve into Captain Flameheart’s backstory.

Introducing the second official Sea of Thieves novel, Heart of Fire! Like Athena’s Fortune before it, this tale will delve into a previously unknown period of Sea of Thieves history, exploring the rise and fall of the villainous Captain Flameheart. More details coming soon... pic.twitter.com/Bmk6qCJy41

Would love to get myself this game. Like these type of games