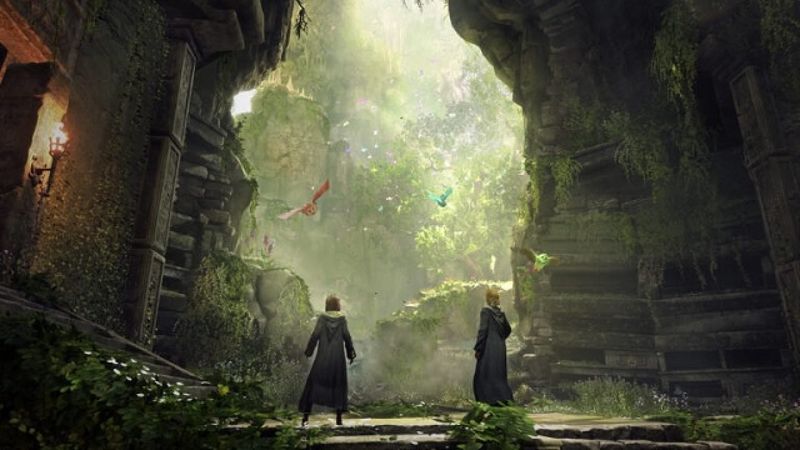 Will Hogwarts Legacy multiplayer features be introduced after launch?
From what we’ve seen of Hogwarts Legacy so far, it looks like the game would be fun to play in co-op mode with friends. However, neither Avalanche Software nor WB Games has indicated an interest in releasing multiplayer features post launch. “Hogwarts Legacy is an open-world, single-player, action role-playing videogame (RPG) set in the 1800s wizarding world,” WB Games wrote. “The story has players experiencing life as a student at Hogwarts School of Witchcraft and Wizardry like never before, as they live the unwritten and embark on a dangerous journey to uncover a hidden truth of the wizarding world.”

Elsewhere in the FAQ, WB Games also clarified J.K. Rowling’s involvement in Hogwarts Legacy yet again. The company previously distanced itself from the author’s controversial stance, arguing that the game tells an original story and only has Rowling’s blessing. “Each experience offered under Portkey Games will take place in the wizarding world and will be authentic to it,” the FAQ reads. “J.K. Rowling is supportive of Portkey Games and has entrusted the design and creation of the games to WB Games and the developers involved.” For the uninitiated, Portkey Games is a WB Games’ label that’ll publish the Avalanche Software-developed game. Portkey Games is dedicated to Wizarding World experiences.

In other news, WB Games also confirmed that Hogwarts Legacy won’t have microtransactions after fans expressed concerns about the timer mechanic, and Dying Light 2 has four new parkour challenges for players to put their skills to test.

Darn!! I was hoping it would ffs