Insider Says Jedi: Fallen Order 2 Will Be Shown Off On May 4 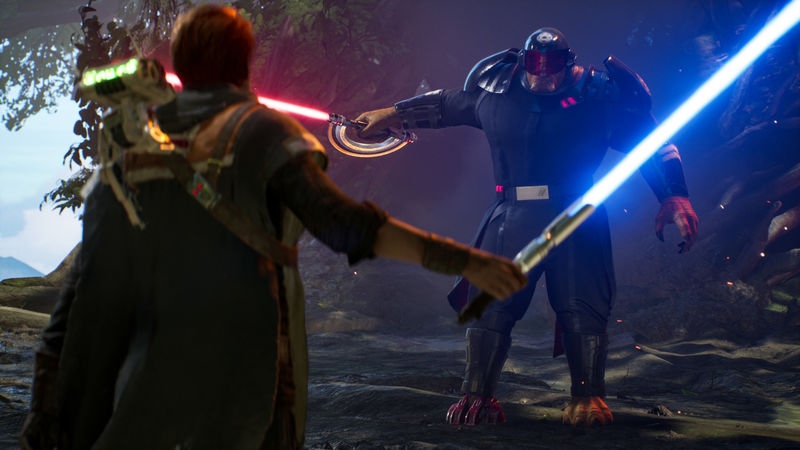 4.7
2022 has already been a very busy year for new video games alone. Pokemon Legends: Arceus, Horizon Forbidden West, and Elden Ring all launching in the space of four weeks has already made sure picking Game of the Year nine months from now is going to be a real headache. There is still so much more to come too, but the only problem is, for the most part, we don't know what there is to come as a lot of huge projects are still up in the air.

God Of War Ragnarok and Breath of the Wild 2, for example. Both have been officially revealed and we're expecting both to be here before the end of 2022. However, there's also a very real chance we don't see either of them until 2023. The same goes for Star Wars Jedi: Fallen Order 2. The only difference with EA's next big Star Wars game is it hasn't been officially revealed yet, it's just the worst kept secret in gaming right now.

EA's inability to keep Jedi: Fallen Order's sequel a secret now extends to when it will finally be officially revealed. Insider Jeff Grubb revealed on a recent edition of Gamesbeat Decides that EA will unveil the game in May during Star Wars Celebration Day, so May 4, to be exact. “We're gonna hear about that in May at Star Wars Celebration, is when that's coming. So, keep an eye out for that, because that's where it's happening,” Grubb revealed.

Still nothing official from EA, but hearing from Grubb is the next best thing. A reveal on Star Wars Celebration Day also makes sense following the reveal that there will be no EA Play event this year. That doesn't give the studio many other options when it comes to a major platform on which to announce what will likely be a pretty massive game.

It will also be one of the bigger, if not the biggest Star Wars game to launch in the coming years, and there are a lot of them. Respawn is working on three Star Wars games right now, one of which is the Jedi: Fallen Order sequel. There's also Quantic Dream's Star Wars Eclipse, but due to some early teething problems, odds are we won't be playing that game until at least 2027.

"Insider Says Jedi: Fallen Order 2 Will Be Shown Off On May 4" :: Login/Create an Account :: 3 comments

Great news, can't wait for it.

Top tier game, can't wait for another. Completed it like 4 times now.

Good to see in March it will be showed.