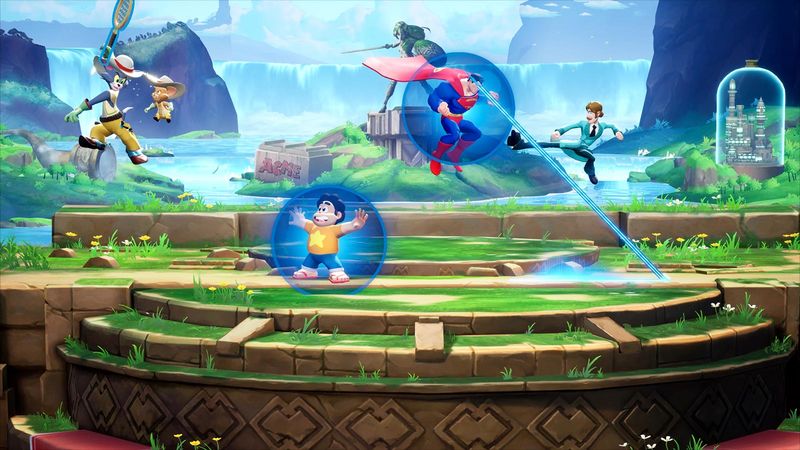 4.3
WB Games’ upcoming Smash Bros.-inspired crossover platform fighter MultiVersus is launching soon, and recently held a tech test to invite limited players in and test the game to see how it’s progressing behind-the-scenes. As is often the case, however, that tech test has led to datamine, which has led to leaks.

As reported by VGC, a user on Reddit has compiled another player’s work, who was able to access roughly two hours’ worth of voice lines from the game that potentially leaks several characters that will be included in its roster, including the likes of LeBron James, Teen Titans’ Raven, The Tazmanian Devil, The Iron Giant, and Marvin the Martian.

Meanwhile, some voice lines also mention various other characters, though those that are mentioned might not necessarily be playable fighters themselves. These include Rick and Morty’s Morty Smith, The Joker, Poison Ivy, Black Adam, Scooby-Doo, Game of Thrones’ The Hound and Daenerys Targaryen, Stranger Things’ Eleven, The Wizard of Oz’s WIcked Witch, Static Shock’s Static, and Beetlejuice. Finally, some files also seem to mention Rick and Morty’s Rick Sanchez and The Lord of the Rings’ Gandalf the Gray, both of whom have also been mentioned in previous leaks.

MultiVersus is due out sometime in 2022 for PS5, Xbox Series X/S, PS4, Xbox One, and PC. A specific release date for the game hasn’t yet been announced.

I see what looks to be Steven Universe.