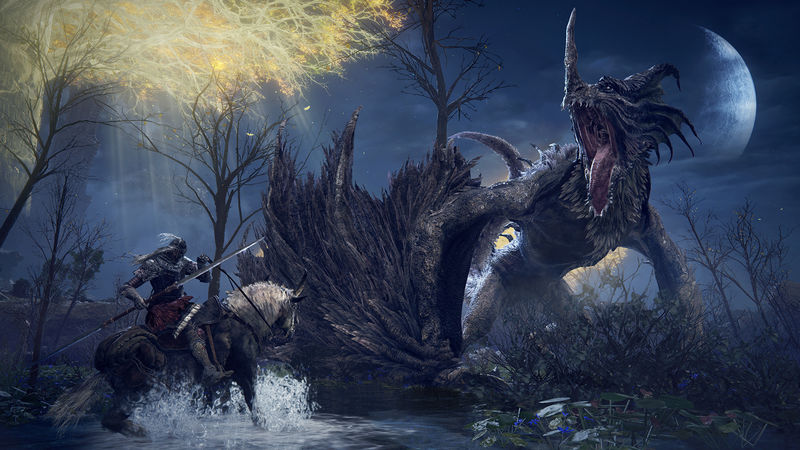 4.3
Elden Ring is hard as it is without somebody invading your game and ruining your progress. However, it's worse when said invader manages to hack your game, crash it, and sends you into an infinite loop of falling to your death. While that sounds perfectly normal for a FromSoftware title, we assure you it is not.

A video of the series of events can be seen thanks to @EldenRingUpdate on Twitter. However, there are ways to prevent it. The first, and most obvious, way is to avoid playing online till FromSoftware fixes the issue, and the second one, pointed out by PC Gamer, is to back up your saves in the event that you come in touch with a hacker – "Elden Ring saves are located in C:/Users/[name]/AppData/Roaming/EldenRing (you'll need "view hidden files" enabled in File Explorer to see them). Just copy the folder whose name is a long string of numbers and keep the backup somewhere safe, updating it at your discretion."

Additionally, Draiganedig on Reddit has suggested a potential solution to the issue. However, we suggest you use it at your own risk: "Every time your game loads, you'll get a split second before your "death", and you must use it to press Alt + F4. This closes the game and allows you more time when you re-log back in to open your map," they suggested.

There's an exploit going around on PC where hackers will corrupt your save file while you're invaded.

First they will crash your game, and when you open it back up, your character will be constantly falling to their death... pic.twitter.com/8et3bl8T1I


"When you re-login, open your map using whatever key it's bound to (It's the touchpad on the PS5), press the button that opens the list of available Sites of Grace (Triangle on PS5, Y on Xbox) and spam your confirm button (X on PS5, A on Xbox). If done correctly, you should teleport safely to a Site of Grace."

It's unclear as yet whether this new hack is in any way related to the major Dark Souls exploit we reported on back in January. The exploit was so dangerous that it could potentially leave Dark Souls players' PCs completely vulnerable to hackers. Thankfully it was spotted and brought to light by a good samaritan. FromSoftware disabled PvP servers for Dark Souls 3, Dark Souls 2, and Dark Souls: Remastered in order to address it.

Sounds alot of fun on the PC O.o