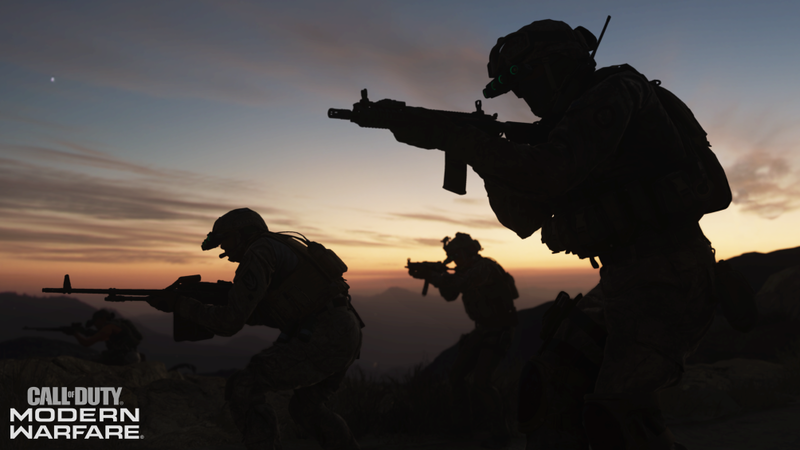 Sloane's post featured a weapon that appeared to be labeled "Warfare" at the top of it, covered in pink and red tape for mo-cap purposes, and a few other markings, all Call of Duty-related.

Sloane said nothing about the image, but paired it with the "looking" emoji, marked with two eyes and meant to denote something of interest. This could mean he's nodding at an upcoming reveal, or even the fact that the team is hard at work on the Modern Warfare sequel.


Rumors have swirled about a sequel to 2019's Modern Warfare for quite some time, and this image looks to fuel the fire that one is on its way. After developers stated that it should be "obvious" they were working on a follow-up to the game after selling 30 million copies of the original, it's easy to assume a new game is on the way.

However, there's been no official confirmation of a release date for the game just yet. It's been rumored (by way of leaker Tom Henderson) that the game could be released as early as October 2022, but there's been nothing from Activision to that end just yet.

There have been rumblings, though, that the newest title could debut later this year earlier than planned due to Call of Duty: Vanguard's poor sales. It remains to be seen what's going to happen in the coming months, but this tease certainly seems like it could signal something significant coming down the line.

Typical rumors, we will see in good time