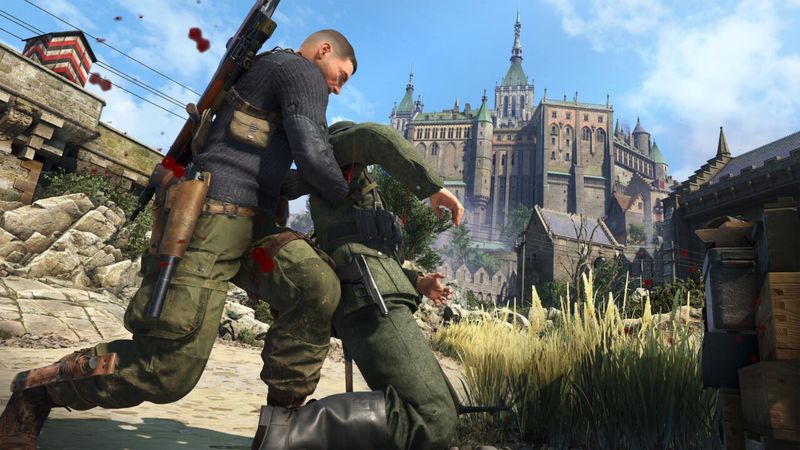 4.3
The release date for Sniper Elite 5 has been confirmed.

Sniper Elite 5 will release on Xbox One, Xbox Series, PC, PlayStation 4 and PlayStation 5. The game will also launch on Xbox Game Pass on day one.

Sniper Elite 5 takes place in France in 1944, where the player will assume the role of an elite member of a US Rangers squad. Playing as Karl Fairburne, players will work with the French Resistance to foil a secret Nazi project which threatens to end the war before the Allies can take part.

Rebellion has revealed that they used photogrammetry technology in order to recreate authentic European locations with high levels generated from real architecture. Maps have multiple infiltration and extraction points, and will allow players to approach targets in more ways than ever.

The entire game can be played in solo or co-op. The game also features an invasion mode which will allow players to drop into another player’s game in order to hunt them down. You can also call in a second sniper in order to help in certain situations.

The Sniper Elite kill cam, which is known for its visceral gore, is now improved, with SMGs and pistols now also able to trigger the kill cam, including the dramatic slow-motion shots of bones and guts being shredded.

Players who pre-order Sniper Elite 5 will receive access to “Target Fuhrer: Wolf Mountain Mission” which will see players infiltrate Hitler’s private mountain retreat in the Bavarian Alps. According to Rebellion, players are encouraged to dispatch the despot in the “most creative way possible”.

Need to get a move on,I haven't played SE4 yet ffs

Does look pretty fun I might try it out.