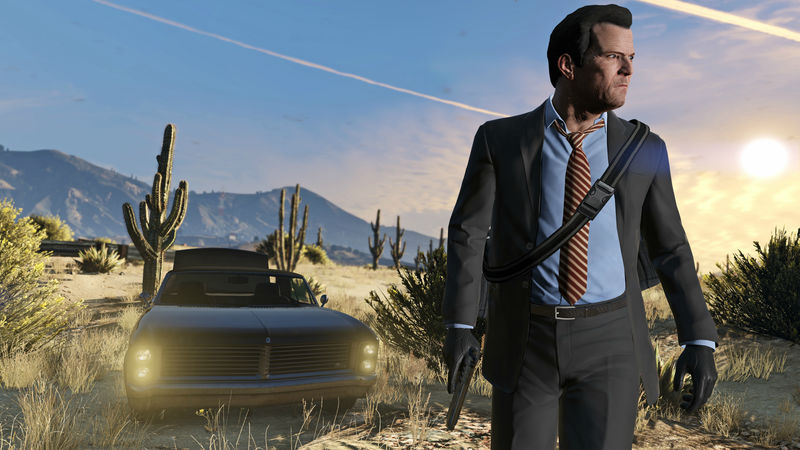 3.5
Grand Theft Auto V and Grand Theft Auto Online's PlayStation 5 and Xbox Series X|S versions are finally out now, and while we knew from Rockstar Games' previews that we'd see improved load times in both games, we now know just how much those load times have been shortened. The load times seem to differ depending on whether you're using an Xbox Series X, an Xbox Series S, or a PlayStation 5, but the difference in wait times will likely make it hard to go back to the older versions should you ever think about doing so.

ComicBook's Cade Onder was able to test out GTA V and GTA Online on an Xbox Series X to see just how fast it'd load depending on what parts of the game you were trying to access. Going from the main menu to the story mode took just over 20 seconds while going from the menu to the online mode took just over 30 with the jump from online to story taking a comparable amount of time, too. Moving from the story mode to online still took over a minute and sometimes took up to two minutes, however.

Online to story: 35 seconds (starts zooming in to the character at about 10 seconds)

Story to Online: Seems to vary, as low as 1 minute 20 seconds and high as 2 minutes pic.twitter.com/9LTIpqSqq9

Load times will naturally differ across the board in GTA V and GTA Online depending on what platform you're playing on and other factors like which parts of the games you're accessing, but the difference seems to be night and day when comparing the older versions to the Expanded and Enhanced ones released this week. With GTA V and GTA Online now officially available on the PlayStation 5 and Xbox Series X|S, those who've been playing the game for years on the older consoles can finally experience these better load times and other improvements for themselves.

Such a waste of money releasing this game again

Occasive Cool story, PC been having this 10 years ago lmFAO

The load times on pc aren't great either. I can't believe they released this game again.

Occasive Cool story, PC been having this 10 years ago lmFAO

Cool bullshit story. But the game hasn't even been out 10 years lmFAO

Cool story, PC been having this 10 years ago lmFAO