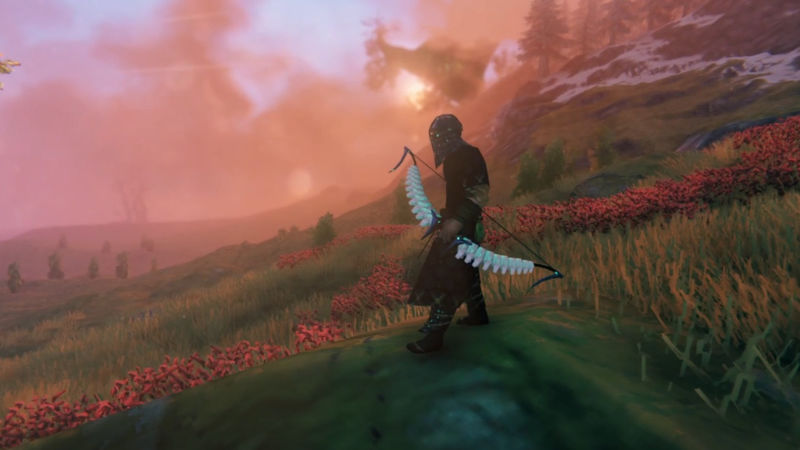 4
Valheim‘s next major update is all about the Mistlands, transforming the area from an awkward Early Access placeholder to a proper biome with its own creatures and other challenges – and its own weapons, as it turns out. The devs at Iron Gate have only offered tiny teasers on the Mistlands so far, and this new update is similarly small – a brief look at a new weapon that’ll be introduced with the biome update.

That new weapon is the Mistlands bow, which the devs revealed in a speed modelling video showing just how new Valheim items are made. “There will be plenty of new weapons added to Valheim in the Mistlands update,” the devs say in the YouTube description, “and while it’s a ways away still we wanted to show you something we’ve been working on!”

Alas, there are no details yet on how this weapon will work or how you’ll get it – but judging by the design, it’s a safe bet it’ll involve crafting with some bones.

As an added note, the devs say on Twitter that “most weapon categories should be getting at least one more option before the game is complete, though it’s still undetermined what they will look like, as well as when they will be added”. So look forward to more ways to crush your opponents… eventually.