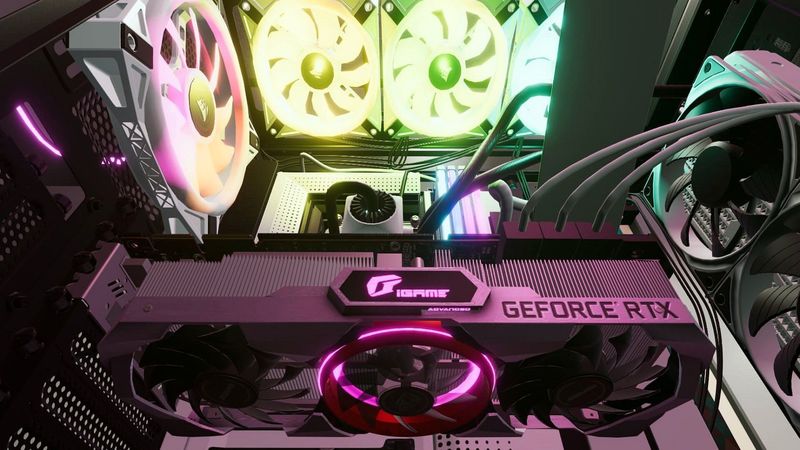 3.6
The tag-line “simulator” was originally only used by the most high-tech titles that promoted themselves as pushing the limits of graphical hardware, or systems that could realistically teach the player how to use a real-life piece of equipment. Now the simulator tag line has lost a lot of that meaning with “simulators” for everything from bread to document checking. It's rare to find one that truly dedicates itself to the re-creation of an activity or hobby.

One thing most of the true simulator games have in common is they are all usually re-creations of an activity far too expensive or unattainable to be pursued in real life, such as flying around the world in Microsoft Flight Simulator.

With the price tags on some PC parts, PC Building Simulator 2 could also fit this description. Announced to be released at some point this year on the Epic Games Store, the game will expand on the first game's mechanics, allowing players to assemble a virtual rig using a range of licensed real-life PC parts such as Intel processors and GeForce graphics cards. All the features new for the sequel have yet to be announced, but one feature clear from the trailer is the ability to customize the cases.

The secret bonus of a game like PC Building Simulator is that not only is it an indulgent and satisfying building game for fans of PC hardware, the game really could help a budding PC builder in designing a new rig and deciding what parts to get. The sequel should also help players get an idea of the aesthetic style of PC they want.

PC Building Simulator’s Twitter account claims there are no plans for the game to release on Steam, meaning the game will be exclusive to the Epic Games Store. Although this may only be for PC as the first PC building Simulator did release on Nintendo Switch, PlayStation 4, and Xbox One. Console releases are unconfirmed for PC Building SImulator 2, however. The Twitter also states that the sequel has features that the first game's engine simply couldn’t have run.

Building PCs, especially ones specialized for running games, has become not only a huge business but a major online hobby as well. With large communities of fans online sharing PC builds inspired by games like Destiny. Like many simulator games, PC Building Simulator hits upon a niche, but dedicated, gap in the market.

PC Building Simulator is available now on PC, PS4, Switch, and Xbox One.

Still need to play the first one lol