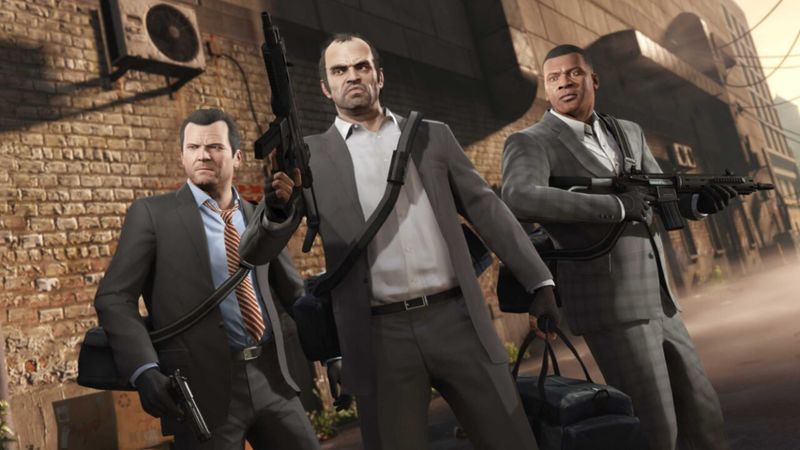 4
The first pricing details for the Xbox Series X/S and PS5 versions of Grand Theft Auto V have been revealed, with the game set to release with an introductory 50% discount.

While Rockstar hasn’t officially communicated new-gen pricing details ahead of the game’s release on March 15, pre-purchasing is available from March 8, which has now arrived in Australia, revealing how much the title will cost there.

As with previously released versions of the game, GTA V on Xbox Series X/S and PS5 includes access to Grand Theft Auto Online. However, the game will also be released alongside a new standalone version of GTA Online.

And the Xbox website lists the new standalone version of Grand Theft Auto Online as being “on sale” for Xbox Series X/S for AUD $15.48.

While the PlayStation website page for GTA V has yet to be updated with pricing details, it’s likely Sony will offer a similar discount considering it has a promotional deal for Grand Theft Auto Online, which will be available free for three months from launch exclusively for PS5 players with a PlayStation Plus subscription.

One social media user in Australia has claimed the PS5 version of GTA V will be priced at AUD $14.99 at release, with the special introductory price available until June 14.

The story is $15 aud on PlayStation pic.twitter.com/c4UjW1nZJl


Rockstar provided new details about the PS5 and Xbox Series X/S versions of GTA V last week including three graphics modes for players to choose from.

They include Fidelity Mode for the highest visual quality, a Performance Mode designed to offer the most responsive gameplay experience, and a Performance RT mode billed as a hybrid of the first two modes.

The studio also confirmed in February that Grand Theft Auto 6 is currently in development.

Should be 75% off for the new-gens

That's a good price they are doing.