F1 2022 will reportedly include supercars and cross-play 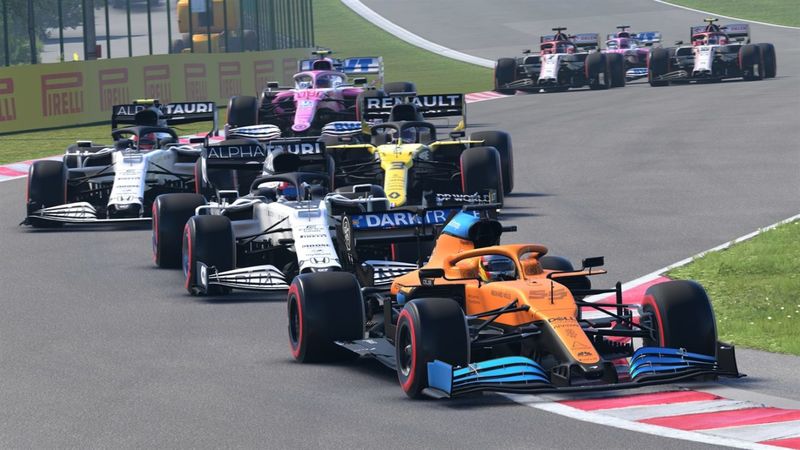 3.9
F1 2022 will reportedly include supercars for the first time in the series’ history.

That’s according to Xfire, which says the supercars will arrive at the expense of a Story mode, which won’t be featured this time.

Replacing it will be a new mode called F1 Life, which reportedly gives players a behind-the-scenes look at the lives of F1 racers, and lets them buy luxury items like expensive watches.

These luxury items also include supercars – high-performance, street-legal sports cars – with the twist being that players will be able to actually drive these supercars after buying them.

Players won’t be able to race supercars against F1 cars, but the report claims that it will be possible to race the supercars on the game’s 23 tracks, and can do so against other players online.

The report also claims that F1 2022 will feature cross-play for the first time in the series, as well as VR support.

If the report is true, this would make F1 2022 the second upcoming EA Sports title confirmed to include cross-play for the first time.

Earlier this week it was claimed that FIFA 23 will also be the first FIFA title to offer cross-play multiplayer, allowing PlayStation, Xbox and PC players to compete against each other.

FIFA 23 will also reportedly feature both the men’s and women’s FIFA World Cup, and it’s also claimed that EA plans to expand the licensing agreements currently in place with women’s leagues and teams.

"F1 2022 will reportedly include supercars and cross-play" :: Login/Create an Account :: 2 comments

The more diverse, the better

This is crazy to hear as it will be diverse