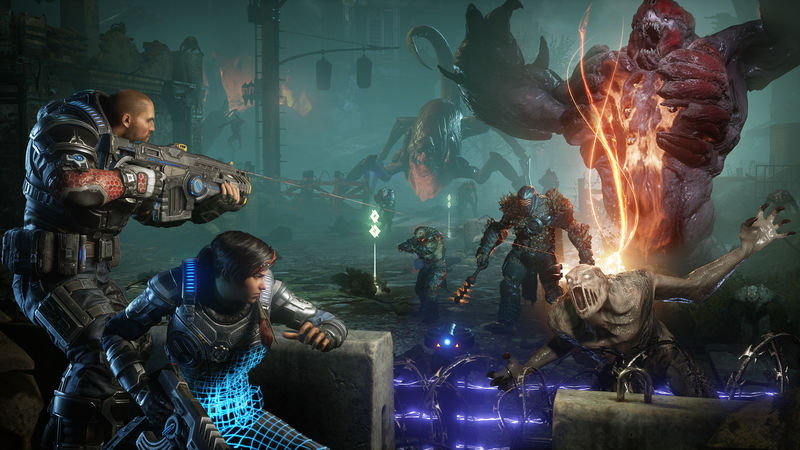 3.6
One of the producers behind the long-awaited movie adaptation of Gears of War has provided a new update on the project's status. For the better part of the past 15 years, a film version of Gears of War has been in development in some capacity. Although work on the movie has never gotten far enough along to actually attach a big-name actor to the project, it sounds like we could hear more about the film's current status before too long.

In a new conversation with The Digital Fix, Dylan Clark, who is one of the producers of the Gears of War movie, was asked if he could share anything about its development. Although Clark, who was busy promoting The Batman, declined to say anything about Gears of War, he did express that news of some sort could be emerging before long. "I'm glad that you're interested in it," Clark said. "It's something it's been a passion of mine for a very long time. I think very soon there will be an announcement."

Over the past few years, perhaps the most notable headlines that have involved the Gears of War movie have centered around actor and former wrestler Dave Bautista. For a long period of time, Bautista has been voicing that he wants to play Gears of War protagonist Marcus Fenix in a potential movie based on the video game. In fact, Gears 5 developer The Coalition ended up putting Bautista within the latest Gears of War game in part because of his ongoing campaign to play Fenix. Whether or not Bautista will actually be involved with the Gears of War movie if it does see the light of day remains to be seen, but he's certainly one name that many fans would love to see attached to the film.

More likely be crap. Most movies based around the games usually are

Wait they been making a gears of war movie wair wut