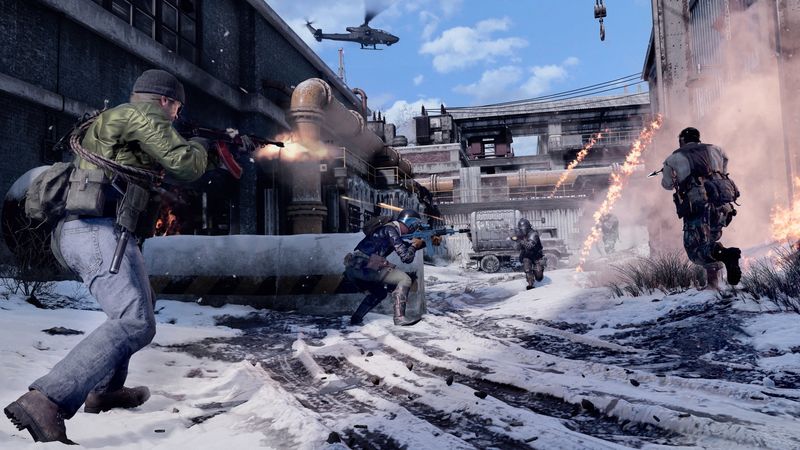 As players might've discerned from seeing people talk about this new map addition on social media, WMD has been a pretty popular map over the years after it was added in Black Ops and was later available in Black Ops 4. It's a large, snowy map filled with different buildings for players to escape to if they're caught out in the open as well as vantage points and walkways throughout the multi-tiered arena. Treyarch provided a better overview of the map and how the different spawns give way to vantage points and areas to rush.

"Many objective modes feature locations on the ground floor in particularly vulnerable areas, considering the map's many vantage points. A variety of objects offer cover when traveling these high-risk paths, which savvy Operators will certainly take note of when it comes time to push the attack."

Treyarch reminded players too that the silo location over in the eastern part of the map pretty much always has a sniper or two perched on it, so expect to see people up there frequently. As for loadout recommendations, Treyarch suggested players bring Forward Intel so that they get a better view of the large map.

This new map and more will be dropping on Friday in a Black Ops Cold War update, so expect to see it released then.

Why the hell would you do this?

Rareparrot We get remakes alot be fresh

we got a lot of fresh be remakes

We get fresh remakes be alot

Trash game. What happened to original ideas. All of them added remastered maps to either multiplayer or zombies to draw in veteran fans of the series.

Rareparrot We get remakes alot be fresh

we got a lot of fresh be remakes

We get remakes alot be fresh